It took 72 years to scrap Article 370 that gave rise to separatists: Ex-DGP of J&K

He said that once these steps would be put in place, it will accelerate economic activities, industrialisation and generate jobs in J&K. 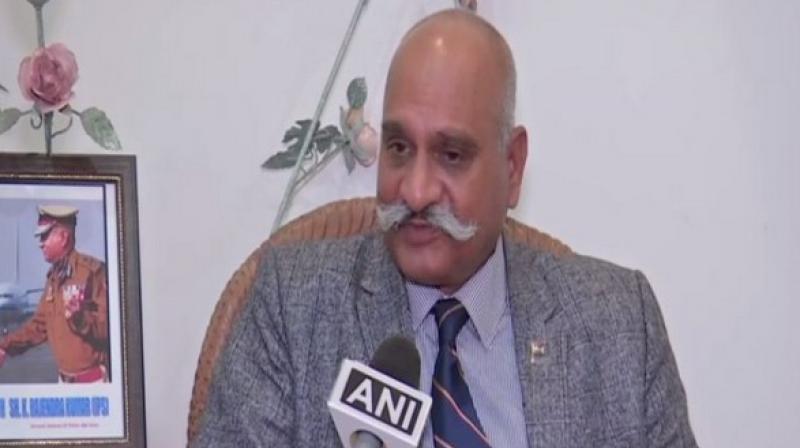 Hyderabad: Welcoming Centre's move of revoking Article 370, former Jammu and Kashmir DGP K Rajendra Kumar on Tuesday said, "it has taken 72 years to do away with provisions that gave rise to separatist tendencies in the state."

"Had there been transparency, good governance and absence of terrorism then the things would have been different. These provisions were added at a particular time due to special circumstances. But today, we got a situation where we need to take a decision, and accordingly provisions have to be removed to ensure that the state is integrated with the rest of the country," Kumar told ANI.

"Special status rather than protecting the identity of the people, it has become a barrier and started fanning separatist tendencies which were thoroughly utilized by Pakistan in aiding and abetting terrorism in a big way by using disgruntled and pro-Pak elements in waging a proxy war... It has taken 72 long years to do away with the provisions which have given rise to separatist tendencies," he said.

Lauding Prime Minister Narendra Modi-led government for creating Jammu and Kashmir as a Union Territory, Kumar said that the security forces will now able to deliver properly "without any undue political interferences".

"By making it Union Territory, the forces including the state police and central forces would be able to fight against terrorism and insurgency without any undue political interferences. Forces under Minister of Home Affairs get a lot of support directly," he said.

He said that once these steps would be put in place, it will accelerate economic activities, industrialisation and generate jobs in Jammu and Kashmir. "Jammu and Kashmir is an integral part of India. There is no need for us to be defensive when it comes to protecting your own territory and most your own people," the former DGP said.
Recalling his experience as DGP in the state, Kumar said that the people of Jammu and Kashmir want to be a part of the developmental process.

"Today's change in the political landscape and what is going to unfold in weeks to come -- would definitely result in improving the situation. They want to part of the developmental process. Things would stabilise, it is a matter of time. We will deal with Pakistan," he said.

Kumar said that Pakistan will not sit quietly after this decision, but India is ready to counter any challenge.

"Pakistan has been aiding and abetting in a big way and we, as a nation, have to counter that. Pakistan will not sit quietly. They have made their intention very clear when, in 1947, they wanted to grab J&K and dismember it at any circumstances. We are well aware of Pakistan's responses and accordingly steps have been taken by the government to counter any challenge," he said.