Speaker Sumitra Mahajan had to adjourn the House for 10 minutes due to the Zero Hour uproar. 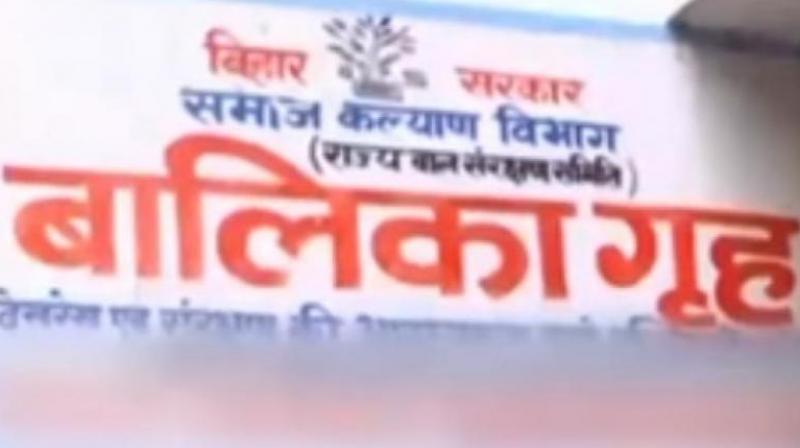 Sexual exploitation of girls at a Muzaffarpur shelter home was uncovered more than a month ago during its audit by a Mumbai-based social science institute. (Photo: Youtube Screengrab)

New Delhi: The Opposition walked out of the Lok Sabha on Monday after vociferously protesting over the alleged rapes in the Muzaffarpur shelter home in Bihar and seeking justice for the victims.

Congress, Rashtriya Janata Dal and Trinamul Congress MPs walked out after some of them stormed into the Well of the House during Zero Hour, raising slogans against the Bihar government and seeking a reply from home minister Rajnath Singh, who was in the House at the beginning. Speaker Sumitra Mahajan had to adjourn the House for 10 minutes due to the Zero Hour uproar.

As soon as proceedings began for the day in the Lok Sabha, two MPs from Bihar — Congress’ Ranjit Ranjan and RJD’s Jai Prakash Narayan Yadav — entered the Well protesting against the alleged torture and rape of over 30 young girls at the shelter home in Muzaffarpur for over four years.

The medical examination of 34 of the 42 shelter home inmates had confirmed they were sexually exploited. The owner of the shelter, run by NGO Seva Sankalp Evam Vikas Samiti, Brajesh Thakur, is the main accused.

The two MPs alleged that some evidence was destroyed before the case was handed over to the CBI by the Bihar government, and said they wanted to raise the issue. Ms Ranjan and Mr Yadav were backed by Congress leader Mallikarjun Kharge, NCP’s Tariq Anwar and others.

While the protesting members returned to their seats as Speaker Sumitra Mahajan told them they could raise the issue during Zero Hour, they began their protests as soon as Zero Hour started and again trooped into the Well.

TDP MPs could also be seen standing in the Well with placards, seeking relief package for backward districts of Andhra Pradesh.

Ms Ranjan alleged the victims were being shifted to other locations after their medical examination and that the main victim had disappeared. She alleged that if the proofs related to the case were wiped out, there would be nothing left for the CBI to investigate.Mr Yadav alleged that investigation reports of 14 such homes were still not made public and FIRs were being changed. He further alleged that the state government was supporting the accused in the matter.

Ms Mahajan, amidst an uproar, adjourned the House at 12.20 pm for 10 minutes. When the House reconvened, she said it was a sensitive issue involving atrocities on young girls and women, and expressed the hope that the CBI probe ordered by the state government would be effective and the issues raised by MPs in the House would also taken into cognisance. The Opposition MPs, however, continued their protests, with Mr Kharge seeking a response from the Union home minister. Soon after that, the Congress, RJD and TMC staged a walkout.

The TDP MPs, protesting against the “taking back”of relief meant for Andhra Pradesh’s backward districts by the Centre, also walked out of the House after alleging injustice on the government’s part. They also tore up papers before leaving the House.