India   All India  07 Aug 2017  Supporter of Pannerselvam held with knife at Tiruchy airport
India, All India

Supporter of Pannerselvam held with knife at Tiruchy airport

Meanwhile while speaking to the media, OPS said he was proceeding to Virudhunagar for a party meeting later in the day. 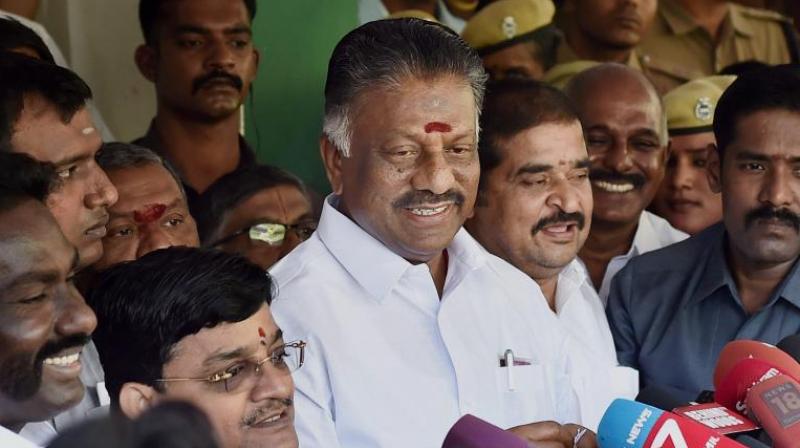 Tiruchy: Tension prevailed for a while at Tiruchy airport on Sunday, when the CISF personnel detained a person carrying a knife while trying to approach AIADMK (Amma) leader O. Pannerselvam. The former chief minister landed here en route to Virudhunagar when the incident took place.

Identified as Solairajan, 48, a rickshaw-puller, he tried to go to go near Mr Panneerselvam along with the media and party men. However, alert CISF personnel, while regulating the crowd, stopped him from going near OPS and in the jostling a small knife fell on the ground from his dhoti. After recovering the knife, the CISF detained him and later handed him over to the Airport police. As per preliminary enquiries, Solairajan is a long-standing party man, and functionary of the local “MGR Mandram”.

He told the police that he was an ardent follower of OPS and only wanted to take a picture with him. He said his picture along with OPS would have been displayed on flexi boards and put up during his daughter’s wedding ceremony on August 27. Further investigations are on, police added.

Meanwhile while speaking to the media, OPS said he was proceeding to Virudhunagar for a party meeting later in the day.