During the search, five weapons have been recovered by the Army, a defence spokesman said. 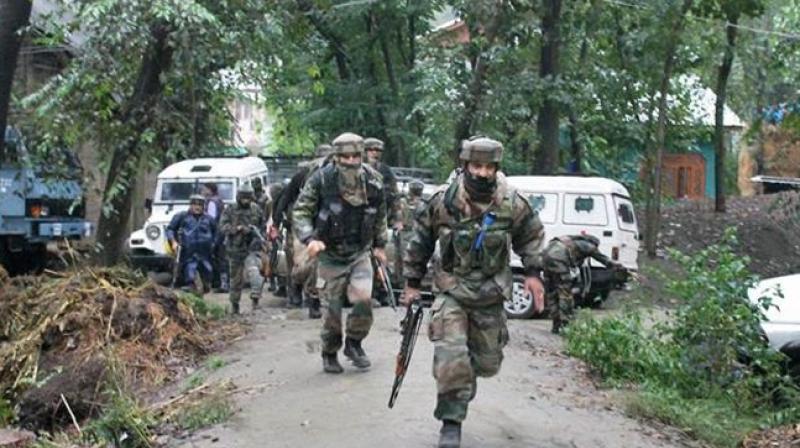 Earlier in the day, an LeT terrorist of Abu Ismail group was killed in an encounter with the security forces in Samboora area of the state. (Photo: PTI/Representational)

Srinagar: The Army on Monday foiled a major infiltration attempt by militants to cross over from Pakistan-occupied Kashmir (PoK) into the Machhil sector by killing five ultras.

"A major infiltration bid was foiled today in the Machhil sector by alert troops," a defence spokesman said.

He said five militants were killed in the operation, which was going on when reports last came in.

During the search, five weapons have been recovered by the Army, the spokesman said.

Earlier in the day a Lashkar-e-Taiba's (LeT) terrorist Umer of Abu Ismail group was killed in an encounter with the security forces in Samboora area of the state.

Role of Umer in different crimes committed by Abu Ismail group is being ascertained.

One AK 47 rifle has been recovered from the encounter site.

Awantipora Police, 50 RR and CRPF jointly participated in the encounter.

In wake of the gunfight, authorities blocked the internet services in Pulwama as a precautionary measure to maintain law and order in the district.