Mann (48), will be tying the knot with Dr Gurpreet Kaur, who belongs to Pehowa in Haryana's Kurukshetra 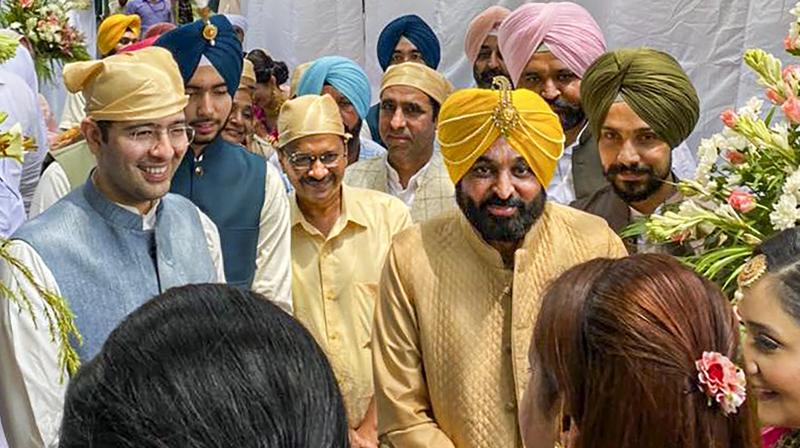 Chandigarh: Punjab Chief Minister Bhagwant Mann will get married at a private ceremony here on Thursday.

Mann (48), will be tying the knot with Dr Gurpreet Kaur, who belongs to Pehowa in Haryana's Kurukshetra.

It will be Mann's second marriage. He had separated from his first wife in 2015 and has two children -- daughter Seerat Kaur (21) and son Dilshan (17) -- from his first marriage.

Tight security arrangements have been made at the residence of the chief minister here.

Gurpreet Kaur (30), shared a picture of herself on Twitter and wrote, Din Shagna Da Chadya (the day of marriage has arrived).

She also thanked the Aam Aadmi Party (AAP) leaders for their congratulatory messages.

According to the AAP, family members of Mann, including his mother and sister, and a few guests will attend the wedding, which will be solemnised according to Sikh rituals.

Delhi Chief Minister and AAP national convener Arvind Kejriwal along with his family will attend the ceremony.

Talking to reporters here, AAP MP Raghav Chadha said, A new chapter in CM Bhagwant Mann's life is going to start today. I congratulate Mann saab's family, his mother and sister. It will be a small function. Only family members will attend."

"We all are happy that happiness has returned to Mann saab's family after a long time. It was his mother's dream to see her son getting settled again. Today, that dream is going to come true," he added.

Gurpreet Kaur completed her MBBS from a private university in Haryana in 2018. She has two elder sisters who are settled abroad.