Doval and Wang, who are special representatives for boundary talks between the two countries, held a telephonic conversation on Sunday. 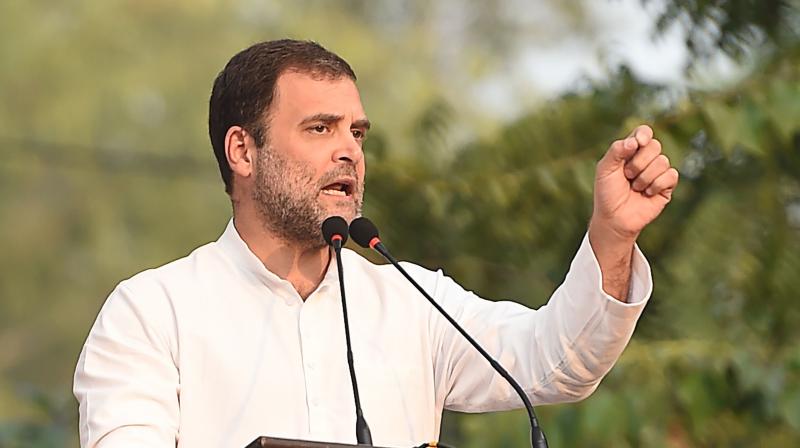 New Delhi: A day after India and China started de-escalation at the border, Congress leader Rahul Gandhi on Tuesday asked the government why status quo ante was not insisted upon by New Delhi and why the territorial sovereignty of the Galwan Valley does not find mention in the government's statement.

"National interest is paramount. Government of India's duty is to protect it," he said on Twitter.

"Then, Why has Status Quo Ante not been insisted on? Why is China allowed to justify the murder of 20 unarmed jawans in our territory? Why is there no mention of the territorial sovereignty of Galwan valley?," he asked.

He highlighted how the Ministry of Foreign Affairs of People's Republic of China in its statement made a mention of the Galwan Valley, but the Indian External Affairs Ministry did not do so.

"The right and wrong of what recently happened at the Galwan Valley in the western sector of the China-India boundary is very clear. China will continue firmly safeguarding our territorial integrity as well as peace and tranquility in the border areas," the Chinese Foreign Ministry said in its statement.

NSA Doval and Chinese Foreign Minister Wang agreed on an expeditious withdrawal of troops, holding that a complete disengagement at the "earliest" was necessary for full restoration of peace in border areas and both sides should not allow differences to become disputes.

Doval and Wang, who are special representatives for boundary talks between the two countries, held a telephonic conversation on Sunday during which they had a "frank and in-depth exchange" of views on the recent developments in the western sector, the Ministry of External Affairs said on Monday.

Significantly, Chinese troops began removing tents early on Monday and started to withdraw from Galwan Valley, the site of a violent hand-to-hand clash between the two militaries on June 15 that left 20 Indian soldiers dead, government sources said. PTI SKC http://ptinews.com/images/pti.jpg We bring the World to you" Disclaimer : This e-mail message may contain proprietary, confidential or legally privileged information for the sole use of the person or entity to whom this message was originally addressed. Please delete this e-mail, if it is not meant for you.