MS Dhoni likely to be BJP mascot in Jharkhand polls

Top BJP leaders are in touch with Mr Dhoni as reports indicated that he could retire from cricket after the World Cup. 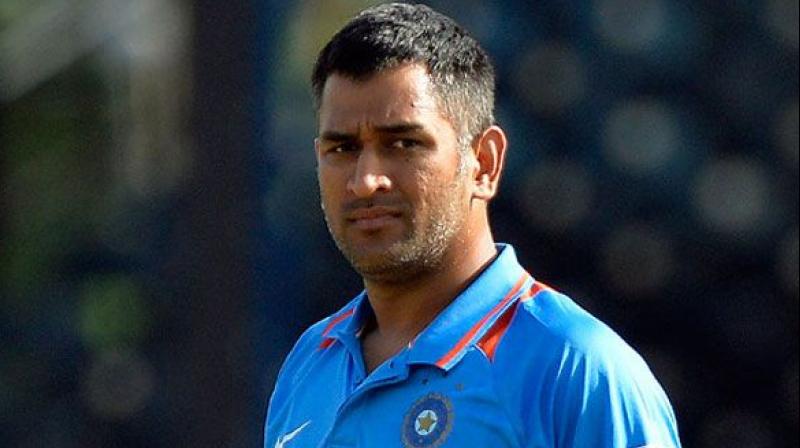 New Delhi: With Assembly elections approaching in Jharkhand, the BJP is looking at the former captain of the Indian cricket team, Mahendra Singh Dhoni, to be its mascot.

The BJP believes that Mr Dhoni could be the winning ticket for the party and his popularity could help it edge out political rivals which include JMM, RJD and the Congress.

Even if Mr Dhoni doest not join the party, BJP leaders want him to campaign for them.

While elections in Jharkhand are slated for December, speculation is rife that the polls could be advanced and held along with state elections in Maharashtra and Haryana in October.

Top BJP leaders are in touch with Mr Dhoni as reports indicated that he could retire from cricket after the World Cup.

However, speaking to the media in London about his retirement, Mr Dhoni kept everyone guessing by saying, “I don’t know when I will retire.” Yet the BJP is hopeful that as and when Mr Dhoni retires, he “will help the party.”

A senior BJP leader told this correspondent that Mr Dhoni has shown his inclination to join politics. “We are in regular touch with the former captain. He will join the BJP after announcing his retirement from cricket. Date of joining will be decided by Dhoni,” he added.

When asked why would Mr Dhoni join the BJP, the leader said because the BJP believes in nationalism. “The recent issue of the ‘Balidaan’ insignia on his wicket-keeping gloves during the ongoing World Cup shows his nationalist thinking. The BJP is the only party where Mr Dhoni can contribute to society without hurting his nationalist ideology,” he added.

The BJP hopes that in Jharkhand elections, besides the party’s vote-catching machine, Prime Minister Narendra Modi, Mr Dhoni can be the second major attraction.