PMCH has a daily intake of 3000 patients and on an average 70 surgeries are performed in the hospital every day. 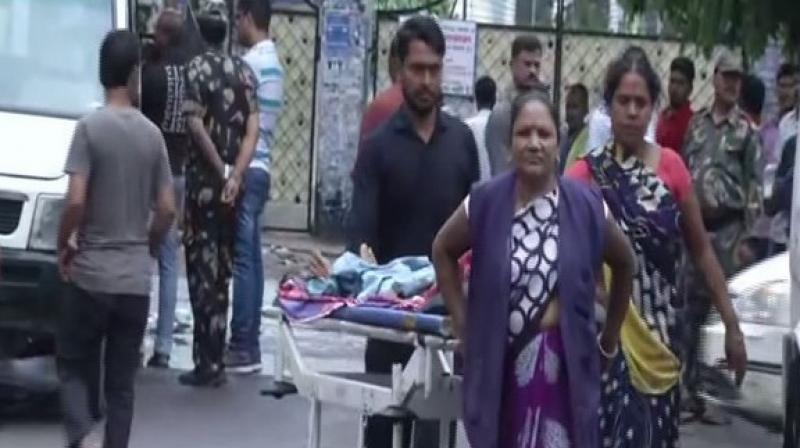 According to agitating doctors, they have to strike the work after five students in the Department of Orthopaedic were failed in an examination. (Photo: ANI)

Patna: Health services at the Patna Medical College and Hospital (PMCH) here have crippled with juniors doctors on strike since Friday.

According to agitating doctors, they have to strike the work after five students in the Department of Orthopaedic were failed in an examination.

They have also alleged that they were under pressure from the senior of the department to prescribe the medicines of one particular company.

"We are trying to resolve the issue with the junior doctors. Hopefully, the strike will end soon. We have also written to the District Civil Surgeon to send more manpower. We hope the situation is resolved by tomorrow," said PMCH Superintendent Dr Rajeev Ranjan Prasad.

"Five students were failed as we had requested that patients should be prescribed medicines provided by the government or cheaper medicines," said Vikas, a junior doctor.

Dr Prasad said: "The hospital administration has formed a three-member committee to look into the matter raised by the agitating doctors."

Due to strike, patients are suffering like anything. Vijay, who had brought his relative to the PMCH for treatment, said: "My patient has suffered a severe brain injury. We are being asked to go to the AIIMS for treatment."

PMCH has a daily intake of 3000 patients and on an average 70 surgeries are performed in the hospital every day.