Newspapers have reported cases where watching obscene content on mobile phones led to commission of crime, the lawmaker said. 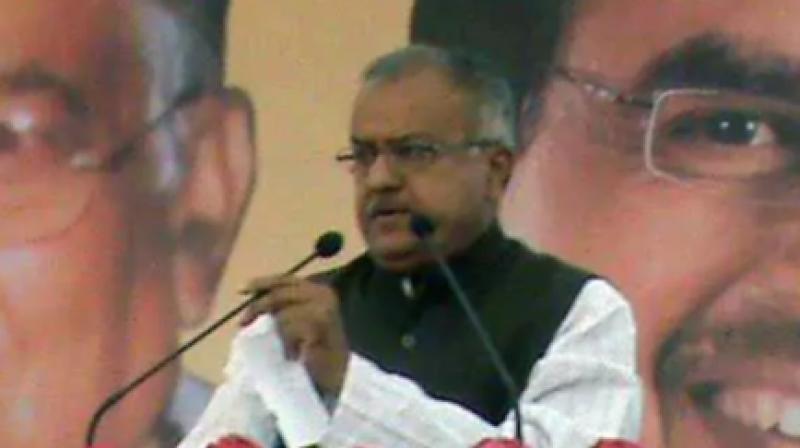 The former state BJP chief was answering a reporter's question about the increase in crime against women in Madhya Pradesh. (Photo: Facebook)

Bhopal: Young people getting easy access to obscene content through the Internet and smart phones is leading to the rise in crime against women, a BJP MP from Madhya Pradesh has said.

"Due to easy access to the Internet and smart phones, youngsters can see obscene content on phones. This results in a negative impact on innocent minds and leads to perversity," Khandwa MP Nandkumar Singh Chauhan said at Damoh on Friday.

The former state BJP chief was answering a reporter's question about the increase in crime against women in Madhya Pradesh.

Newspapers have reported cases where watching obscene content on mobile phones led to commission of crime, the lawmaker said.

When asked why the Cyber Cell of police is not acting against circulation of obscene videos or pictures, Chauhan said police can not check each and every phone.

Chauhan had stirred up a controversy earlier this year when he claimed Pakistan's hand in the rape and murder of an eight-year-old girl at Kathua in Jammu and Kashmir.

Gang-rape of an eight-year-old girl at Mandsaur in Madhya Pradesh on June 26 caused widespread outrage. Half a dozen cases of rape of minor girls have been reported in the state in the last two weeks.

Reacting to Chauhan's statement, state Congress spokesperson Manak Agrawal said the rise in crime against women was the failure of the state government, and the Internet and smart phone had nothing to do with it. "The government has failed to instill fear among criminals. Police do not take action and there is no control over law and order situation. This has resulted in the rise in crime against women," Agrawal said.

Meanwhile, women Congress workers today staged a demonstration at the residence of chief minister Shivraj Singh Chouhan in Bhopal against the increase in the number of rape cases.