As per the fee structure on the website, Kochi-based Amrita Institute of Medical Sciences has declared a fee of Rs 15 lakh per seat. 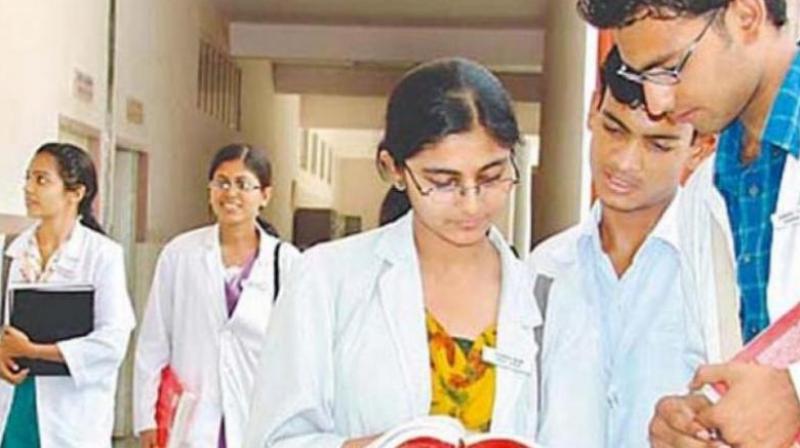 Kochi: Even as the Supreme Court has brought the MBBS admissions of deemed universities in the country under the ambit of National Eligibility-cum-Entrance Test (NEET), they continue to be beyond the reach of financially weak, but meritorious students.

The Medical Counselling Committee (MCC) under the directorate-general of health services, Union ministry of health and family welfare, opened its website on Wednesday for students to register themselves for participating in its counselling for MBBS course under deemed universities. It also published the fees in these 38 universities in the country. They can register their choices on the website from Friday. 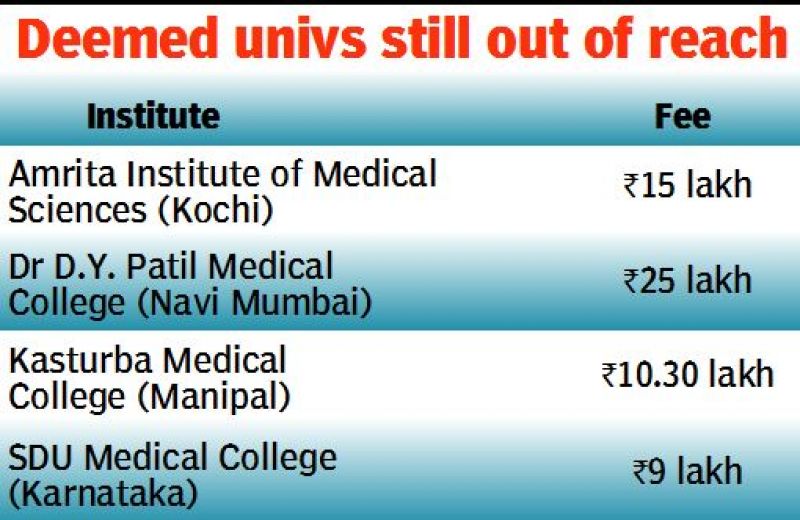 Interestingly, the shoddy way in which the website has put out the details is revealed from the NRI fee given against the name of three medical colleges. It is the same as the regular fee while it is shown against the $ sign, which makes it a phenomenal sum. The three colleges are the SDU Medical College, Kolar, Smt B.K.Shah Medical Institute& Research Centre, Vadodara, and Sri Sidhartha Medical College, Tumkur.

“There is no rationale for allowing such a wide range of fee structure between Rs 9 lakh and Rs 25 lakh. The UGC, the MCI and the Central government have the responsibility to enforce a reasonable fee structure for the sector to enable meritorious students to study in such institutions,” said Dr S. Rajookrishnan, former joint commissioner of entrance examinations.

“Everyone was under the impression that the fee in deemed universities will come down once NEET ranklist is made applicable to them. The government could have regulated their fees to a reasonable level on the strength of the Supreme Court order which made NEET applicable to the deemed universities also. However, sadly that has not happened. The SC order making NEET ranklist applicable to deemed universities has effectively wiped out several unhealthy practices that have so far happened in their admissions and this is the right time for the government to intervene to enforce a reasonable fee structure also,” said Mr Rajendran Puthiyedath, an education expert based in Kochi.