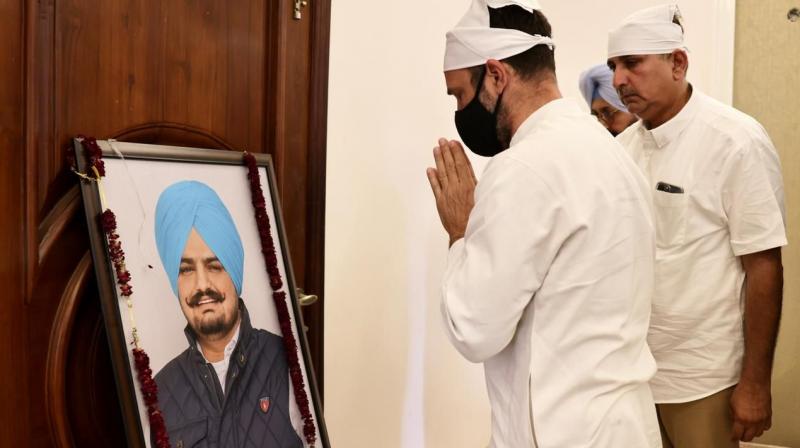 Gandhi, who landed at the Chandigarh airport this morning, drove straight to the singer's native village Moosa here.

Security has been tightened outside the residence of Moosewala in the wake of Gandhi's visit.

Moosewala was shot dead by unidentified assailants in Mansa on May 29.

Gandhi was abroad when the killing took place and returned over the weekend.

Moosewala, who had joined the Congress December last year, had unsuccessfully contested from the Mansa seat in the 2022 Punjab Assembly elections.

Senior Congress leader Partap Singh Bajwa had written to CM Mann, urging him to "transfer the murder case to the Central Bureau of Investigation (CBI) or the National Investigation Agency (NIA) so that justice can be delivered to the family at the earliest".