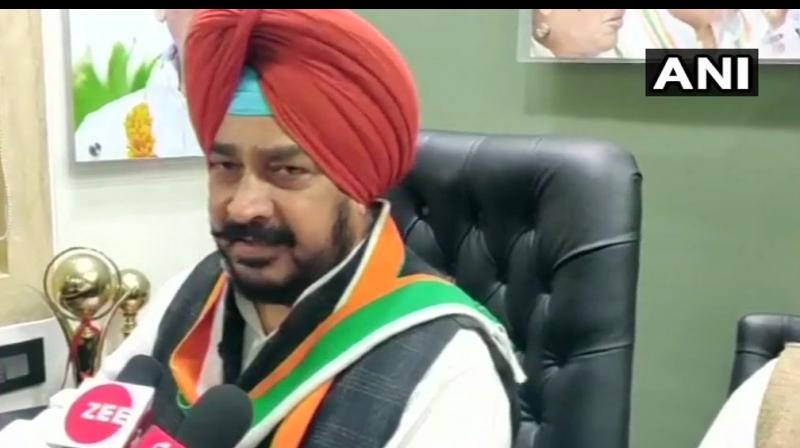 The social welfare and forest minister in the previous Congress government was arrested from Amloh. A local journalist, who was said to be working as his aide, has also been held in this case, sources said.

Dharamsot's arrest came just hours ahead of Congress leader Rahul Gandhi's visit to Punjab. The former Congress chief is scheduled to visit the house of Sidhu Moosewala in Mansa on Tuesday to express condolences to the slain singer's family.

Both of them are learnt to have provided details of the alleged wrongdoings in the forest department when Dharamsot was the minister, sources said.

Punjab Vigilance Bureau's Chief Director Varinder Kumar said that during questioning of the DFO and the contractor, it came to the fore that the former minister was allegedly involved in corruption.

An investigation has revealed that Dharamsot used to be given Rs 500 for the felling of each tree, Kumar claimed. Over the time, around Rs 1.25 crore was given to the minister as commission, he alleged.

The former minister allegedly used to take money for transfers and postings of officials of his department and even for giving no-objection certificates, the chief director claimed.

His aides allegedly used to receive money on his behalf. Based on this allegation, a case has been registered and the former minister arrested, Kumar alleged.

Besides, Kamaljit Singh and Chamkaur Singh, who used to receive money on his behalf, have also been arrested, he said, adding Dharamsot will be presented before a court and police remand will be sought to further probe the "scam", he said.

The chief director added that a search operation is underway at the residence of Dharamsot and a case under relevant sections of the Prevention of Corruption Act has been registered.

"Let the law take its own course. Please do not make it kangaroo court justice. Political vendetta shall boomerang," he said.

In April, Punjab Chief Minister Bhagwant Mann had warned of action against Dharamsot.

Dharamsot's name had figured in the alleged scholarship scam in 2020 following a report by the then additional chief secretary during the Amarinder Singh-led government in Punjab. However, he was exonerated by a three-member panel of IAS officers.