Watch: Ex-Bihar minister brother thrashes chemist for not standing up

The accused's sister and former minister Renu Devi claimed that she was not in talking terms with her brother. 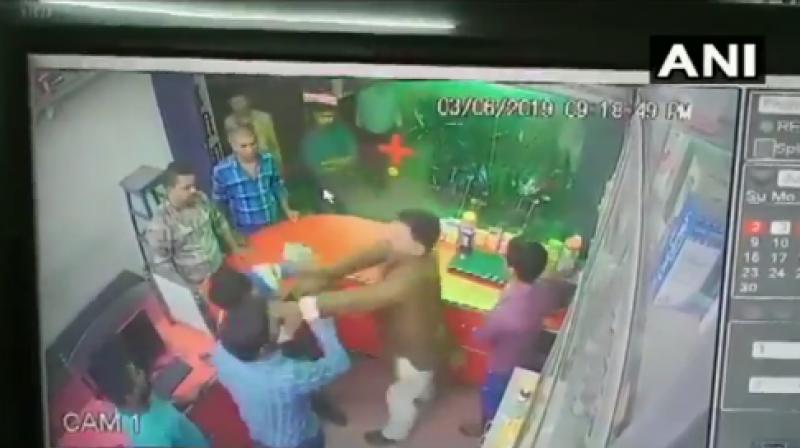 When the chemist refused to stand up, the ex-minister's brother slapped him and dragged him outside the shop by his collar. Pinu later was seen taking the chemist away in a car. (Photo:Twitter I ANI)

Bihar: The brother of a former minister in Bihar thrashed a chemist in a medical shop in the town of Bettiah for allegedly not standing up as a mark of respect.

The incident took place on June 3 and its video has been widely circulated.

The video shows the former minister Renu Devi's brother Pinu walking into the medical shop. He then asked the chemist to stand up as a mark of respect.

When the chemist refused to do so, the ex-minister's brother slapped him and dragged him outside the shop by his collar.

Pinu later was seen taking the chemist away in a car.

The accused's sister Renu Devi claimed that she was not in talking terms with her brother.

"I never encourage wrong behaviour. I have no relation with Pinu for many years. We are not on talking terms. Still, I am being dragged. If anyone commits a mistake, they should be punished, even if it's me," she said.

Senior police officer Jayant Kant said that a case has been registered and security was provided to the chemist's family.

"A case has been registered. The man's family has been provided with police security. We have seized the 4-wheeler that was used to abduct the victim and take him to some other place," police officer Jayant Kant said.