Kamal Nath calls on Modi, raises issues of his state

Interestingly the Congress in Madhya Pradesh has accused the BJP of trying to poach its MLAs in the state. 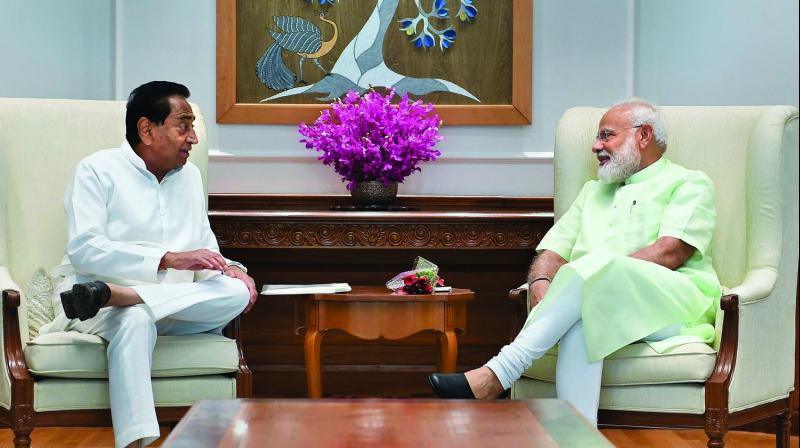 The Madhya Pradesh CM also discussed in detail about various issues pending with the central government for approval and release of funds to the state government, the release said. He even urged Mr. Modi to intervene in the matter and get the pending issues cleared and fund released at the earliest, it said. Mr. Modi assured Mr. Nath that he will instruct the ministries concerned to clear various pending issues and disburse the funds as early as possible. He further assured him of all possible help in future too, the statement added.

Interestingly the Congress in Madhya Pradesh has accused the BJP of trying to poach its MLAs in the state. In elections for the 230-member Assembly last year, the Congress won 114 seats and the BJP coming a close second with 109. Two short of the majority mark on its own, the Congress has the support of BSP and SP in the House.

However Mr. Kamal Nath had said that he has the support of all the required MLAs and can prove his majority on the floor of the house