The Indians were stranded in Socotra island after a cyclone and INS Sunayna evacuated them in an operation christened 'Nistar'. 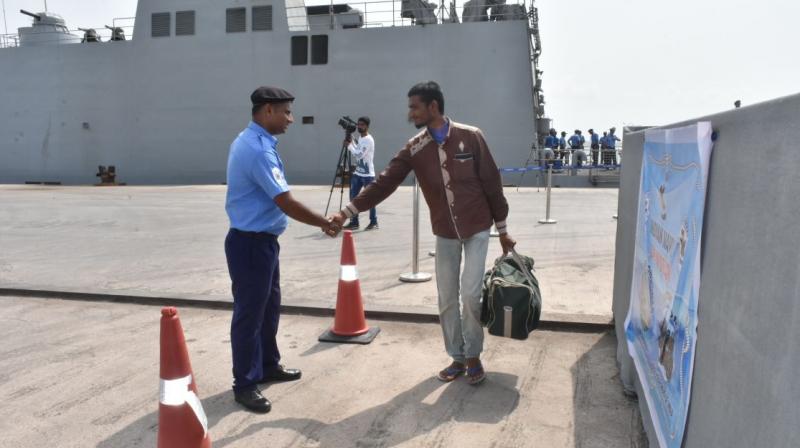 Indian naval ship INS Sunayna rescued the Indians and entered the Porbandar harbour in Gujarat at around 9 am. (Photo: @IndianNavy/Twitter)

New Delhi: Thirty-eight Indians were on Thursday brought back home by the Indian Navy, four days after they were rescued from the cyclone-hit Socotra island in Yemen.

The Indians were stranded in Socotra island after a cyclone hit the area and INS Sunayna on Sunday had evacuated them in an operation christened "Nistar".

The cyclone Mekunu had badly hit various parts of Oman and the Socotra island.

"INS Sunayna entered Porbandar harbour at after successfully evacuating 38 Indians off the Socotra island during a swift operation," Sharma said.

He said after completion of all the formalities, they were handed over to the civil administration to facilitate their return to native places.