Earlier, the city was listed on the top 10 of most air-polluted metropolitan cities. 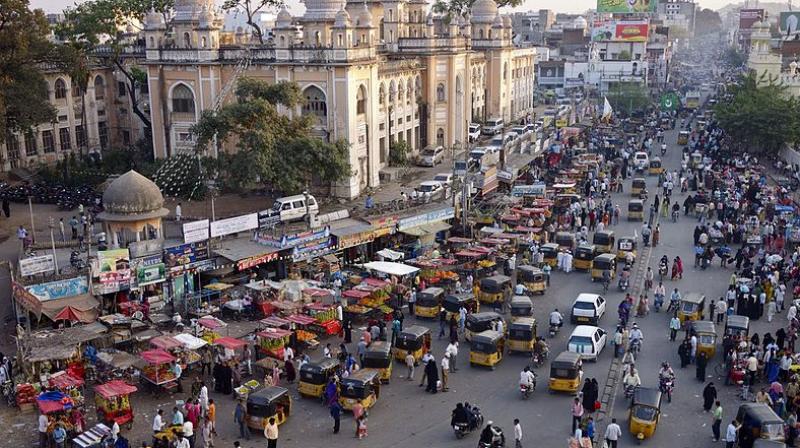 Noise pollution is exceeding the permissible levels in various parts of the city. (Photo: Wikimedia commons)

Hyderabad: Telangana's Hyderabad has been ranked third in the list of sound polluted metropolitan cities.

Earlier, the city, which houses a major tech industry, was listed on the top 10 most air-polluted metropolitan cities.

Over the years, the city has seen an exponential growth in the commerce and technology industry. The result: Sound levels are at an all-time high due to the massive increase in population, overcrowding, traffic and a vibrant nightlife.

Traffic Department, Additional Commissioner of Police (ACP), Anil Kumar acknowledged the problem and said that the traffic department is taking measures to keep a check on the noise pollution in the city.

According to an NDTV report, the Pollution Control Board has real-time noise monitoring stations at different places in the city, which suggests that noise pollution is exceeding the permissible levels in various parts of the city.

According to the Central Pollution Control Board (CPCB), in 2017 Chennai had the maximum night sound levels followed by Lucknow, Kolkata and Mumbai.

"Sound pollution is one of the major problems in the city. For that we have started campaigning against noise pollution; we have also tied up with telecom companies through which we can raise awareness and alert the common masses," Kumar added.

He further said that many campaigns on a larger scale have been planned for the city dwellers.

"We are also going to take action against those tend to remove their silencers from the vehicle," Kumar added.