The operationalisation of PSLV has made India self-reliant in launching satellites for earth observation, navigation and space sciences. 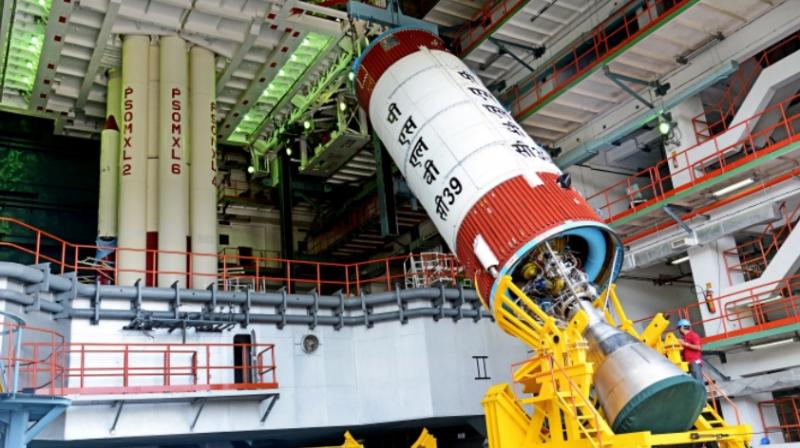 The operationalisation of PSLV, ISRO's most-trusted workhorse, has made India self-reliant in launching satellites for earth observation, disaster management, navigation and space sciences. For heavy satellites, India is helped by the French, which launches its satellites from Kourou in French Guinea in South America. The cabinet, chaired by Prime Minister Narendra Modi, also gave its nod for funding 30 PSLV operational flights under the programme.

The PSLV programme is expected to meet the launch requirements of satellites for earth observation, navigation and space sciences and will also ensure the continuity of production by the Indian industry.

The PSLV Continuation Programme (Phase 6) will meet the demand for the launch of satellites at a frequency of up to eight launches per year, with maximum participation from the Indian industry.

All operational flights would be completed during the period 2019-2024, the government said in a statement. PSLV continuation programme was initially sanctioned in 2008, and four phases have been completed and the fifth phase is expected to be completed by the second quarter of 2019-20.

The phase-6 approval will cater to the launch of satellite missions from the third quarter of 2019-20 to the first quarter of 2023-24.

With the recent successful launch of PSLV-C41 on April 12, PSLV has completed three developmental and 43 operational flights and the last 41 flights have been successful. The cabinet also approved funding for the Geosynchronous Satellite Launch Vehicle Mark-III Continuation Programme (Phase-1), consisting of 10 GSLV (Mk-III) flights, at an estimated cost of Rs 4,338 crore.

The GSLV Mk-III Continuation Programme (Phase–1) is the first phase of operational flights that will enable the launch of a four-tonne class of communication satellites. The operationalisation of GSLV Mk-III will make India self-reliant in launching the four-tonne class of communication satellites, sustain and strengthen the space infrastructure and reduce the dependence on procured launches from foreign countries.

The cabinet was also apprised of a memorandum of understanding signed between India and Oman in February in Muscat for peaceful use of the outer space. The MoU shall enable cooperation in areas such as space science, technology and applications including remote-sensing of the Earth, satellite-based navigation, space science, planetary exploration, use of spacecraft and space systems and ground system and application of space technology.