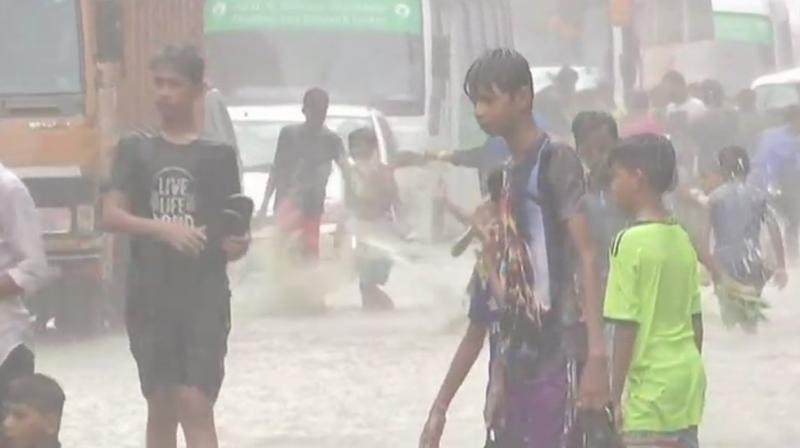 The disaster management authorities have warned of very heavy rainfall over the next 24 hours.

A four-day red alert has been sounded in Mumbai and the Konkan coast by civic authorities.

Meanwhile, Jet Airways flight 9W-117 to Mumbai from London was diverted to Ahmedabad on Thursday due to heavy rain.

The Brihanmumbai Municipal Corporation (BMC) in a statement said, precautionary measures have been taken to tackle any situation and leaves of all the senior officials, including deputy municipal commissioners and assistant commissioners have been cancelled.

Read: BMC gears up to tackle 'heavy rainfall' in Mumbai this weekend

Officials with walkie-talkies and flood rescue supplies have spread out across Mumbai, which witnesses severe monsoon.

Navy personnel are being posted in areas like Colaba, Worli, Ghatkopar, Trombay, Malad for flood rescue, according to the civic body.

Officers have been asked to keep schools open at all times for shelter during possible flooding.

The monsoon has reached Goa and Konkan coast today as per the met department and Gujarat, southern Madhya Pradesh, West Bengal, Chhattisgarh and Odisha are expected to get monsoon rain between June 9 and 11.

Read: Maharashtra among 5 states warned of ‘flash floods’ by Centre

Conditions are favourable for further advance of the monsoon into interior parts of Maharashtra, Telangana and Andhra Pradesh over the next 24 hours.