India   All India  07 Jun 2018  BMC gears up to tackle 'heavy rainfall' in Mumbai this weekend
India, All India

BMC gears up to tackle 'heavy rainfall' in Mumbai this weekend

Dewatering pumps will be kept ready and flood-prone spots will be monitored closely during the heavy rain period, statement said. 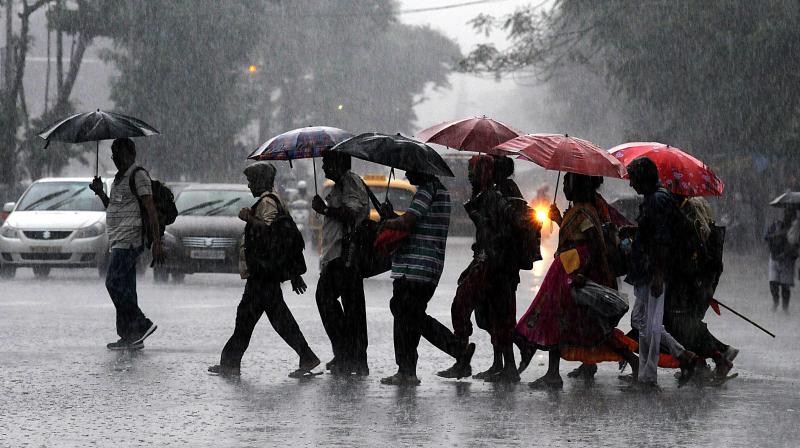 BMC administration has taken a number of precautionary measures to tackle any eventuality in view of extremely heavy rainfall warning by the IMD from June 9 to 11. (Photo: File)

Mumbai: With the IMD predicting "heavy to very heavy" rainfall along the Maharashtra coast, including Mumbai, over this weekend, the Mumbai civic body is preparing itself to prevent and tackle monsoon-related disasters.

The Brihanmumbai Municipal Corporation (BMC) administration has taken a number of precautionary measures to tackle any eventuality in view of extremely heavy rainfall warning by the India Meteorological Department (IMD) from June 9 to 11, a statement issued by the civic body said.

"Leaves of all the senior officials, including Deputy Municipal commissioners (DMCs), Assistant Commissioners (AMCs) and heads of departments have been cancelled and they have been directed to be available in their headquarters on June 9 and 10 (Saturday and Sunday)," it said.

On the steps being taken, the BMC said three teams of National Disaster Response Force (NDRF) will be stationed at Parel, Mankhurd (for eastern suburbs) and Andheri Sports Complex (for western suburbs).

They are equipped with walkie-talkies and flood rescue material.

Besides, Navy personnel will be deployed in Colaba, Worli, Ghatkopar, Trombay, Malad for flood rescue if required, the BMC release said.

In addition to this, six Flood Rescue Teams of Mumbai Fire Brigade will be posted at the Regional Command Centres and emergency support functions like BEST (bus transport system), police, traffic police and education officers have been alerted.

The education officers monitoring school premises in all 24 administrative wards have been asked to keep shelter schools open 24/7.

Dewatering pumps will be kept ready and flood-prone spots will be monitored closely during the heavy rain period, statement said.

As per the IMD forecast, there is a possibility of very heavy rainfall in Ratnagiri, Sindhudurg, Mumbai, Thane, Raigad and Palghar districts on June 9. There is a similar forecast for the six districts of Konkan region, including Mumbai, and surrounding areas on June 10 and 11.