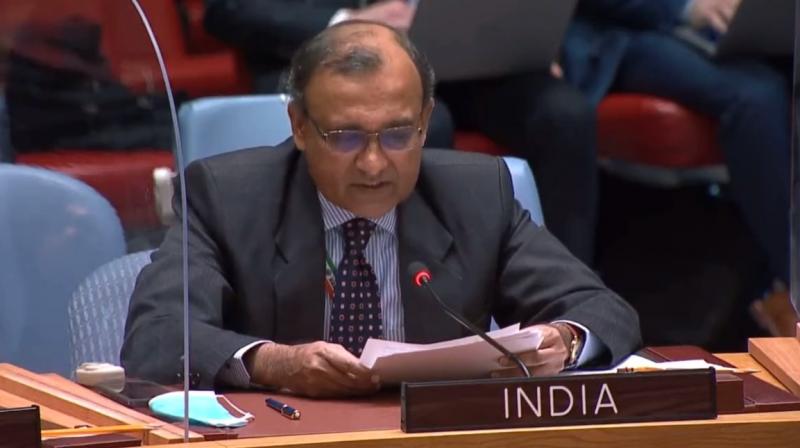 New Delhi: India’s permanent representative to the United Nations T.S. Tirumurti on Friday snubbed the Dutch envoy to Britain Mr Karel van Oosterom and asked him “not to patronise” India after he reportedly questioned India’s abstentions at the UN during the voting on resolutions to condemn Russia for its military offensive in Ukraine.

At a UN Security Council (UNSC) briefing on Ukraine in New York in the early hours of Friday (India time), Mr Tirumurti reiterated that India “remains on the side of peace and therefore believes that there will be no winning side in this conflict.”

Responding to the Dutch envoy’s comment, Mr Tirumurti tweeted on Friday, “Kindly don’t patronise us ambassador. We know what to do.” India is currently a non-permanent member of the 15-nation UNSC. The spat comes amid India’s continuing discussions with Western particularly European nations recently on the Ukraine conflict, even as many in the West are upset over India’s refusal to condemn its time-tested friend Russia. Earlier this week, India’s new foreign secretary Vinay Mohan Kwatra had said that India's position on the Ukraine conflict balances both New Delhi’s “principles and interests”.

In his statement at the UNSC, Mr Tirumurti said, “Ever since the commencement of the conflict in Ukraine, India has been consistently calling for complete cessation of hostilities and for pursuing the path of dialogue and diplomacy as the only way out. However, the conflict has resulted in loss of lives and countless miseries for its people, particularly for women, children and elderly with millions becoming homeless and forced to take shelter in neighbouring countries.”

Mr Tirumurti pointed out, “India has strongly condemned killings of civilians in (Ukranian town) Bucha and supported the call for an independent investigation. We support all efforts to alleviate the suffering of the people of Ukraine. India remains on the side of peace and therefore believes that there will be no winning side in this conflict and while those impacted by this conflict will continue to suffer, diplomacy will be a lasting casualty.”

He added, “We agree that the immediate priority is of evacuation of innocent civilians from areas witnessing intense fighting... The conflict is having a destabilising effect with broader regional and global implications. Oil prices are sky-rocketing and there is a shortage of food grains and fertilisers. This has had a disproportionate impact on the global South and developing countries... Let me conclude by reaffirming that the contemporary global order has been built on the UN Charter, international law and respect for sovereignty and territorial integrity of States.”