Cyclone Fani had caused huge destruction in the state Friday and claimed at least 34 lives. 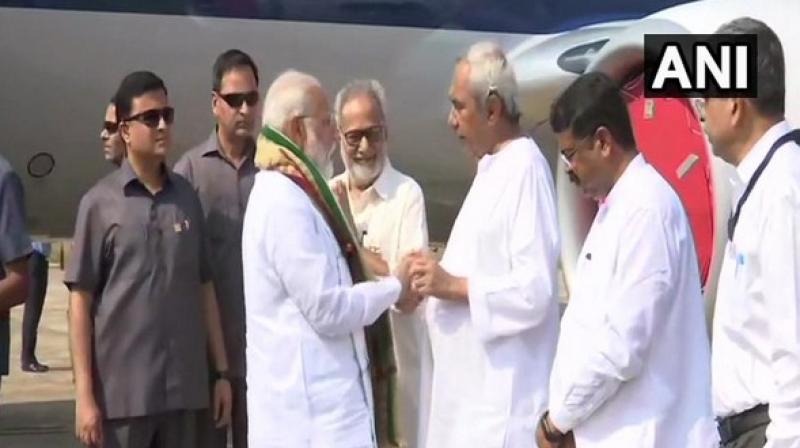 New Delhi/Bhubaneswar: In an indication that the Naveen Patnaik-led Biju Janata Dal would continue inclining towards the BJP-led NDA after May 23, Prime Minister Narendra Modi on Monday lauded Mr Patnaik for his government’s efforts in the massive evacuation drive ahead of Cyclone Fani, while he attacked West Bengal chief minister Mamata Banejee for refusing to participate in a review meeting with him on the cyclone.

Addressing a rally later in Tamluk, West Bengal, Mr Modi accused Ms Banerjee of playing politics over the cyclone. Ms Banerjee hit back swiftly, saying she had gone to meet the PM twice when the state was ravaged by floods earlier, but the Centre had offered no aid.

“Speedbreaker Didi has tried to play politics even on Cyclone Fani. I tried to get in touch with Mamata Didi but her arrogance is such that she refused to talk to me. I tried again but she did not get in touch,” the PM said. Hitting back, the West Bengal CM said: “I want to ask him where was he when people in these areas were in trouble... backward areas like Lalgarh... how many times have you come here?” Ms Banerjee said the PM asking for a meeting was all drama for publicity and sympathy, and asked why she should meet him if he was in her state to hold a political rally.

While not a part of the NDA, the BJD had on numerous issues sided with it, including staging a walkout during a no-confidence motion moved by the Opposition camp in Parliament against the government last year. Unlike Ms Banerjee and the other Opposition parties, including the Congress, Left, SP and BSP, among others, who had vehemently criticised the government’s demonetisation decision, the BJD refused to join the Opposition chorus.

On the possibility of a post-poll alliance, Mr Patnaik had recently made it clear that his party would strike an alliance with any party which worked for the welfare and development of Odisha. Mr Patnaik has been heading the state government since 2000 and many opinion polls predict that the BJD would retain power in Odisha.

After the aerial survey, the PM told reporters: “The Naveen Patnaik government has done a commendable job in evacuating the coastal areas to avoid any loss of lives.” Mr Modi also praised the people of Odisha, particularly fishermen, for shifting to safer places such as cyclone shelters.

“Shifting of more than 12 lakh people in a short span of time is not a small task, it is a major job. It has minimised loss of life. If a building collapses, we can rebuild it, but loss of life is irreplaceable. It is my greatest satisfaction that human lives have been saved,” the Prime Minister said.