India   All India  07 May 2019  Countdown has begun for Modi, 5 horrible years to end: Salman Khurshid
India, All India 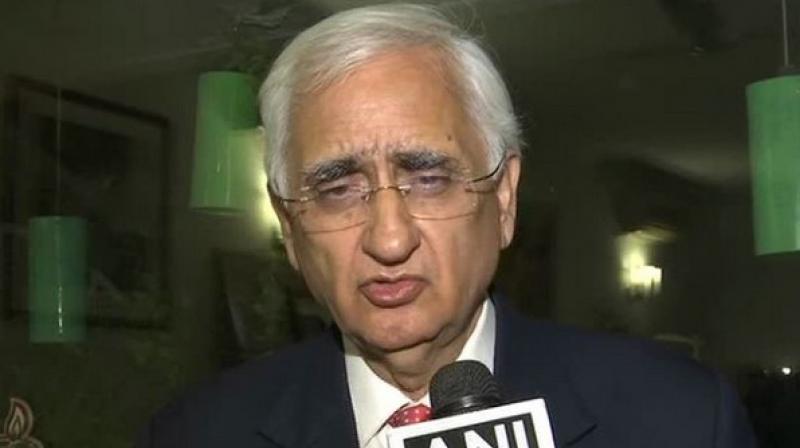 'PM Modi did his best to debase and defile it but truth prevails. We shall overcome,' he added. (Photo: ANI)

New Delhi: Congress leader Salman Khurshid on Tuesday said that the countdown for Prime Minister Narendra Modi has begun and "five horrible years" of the NDA government will end after its defeat in the Lok Sabha elections.

"Indian democracy and freedom of conscience are confronting toxic mix of state and non-state actors. Whilst latter have prospered state-ruling party patronage for five years, PM no longer hides his vicious barbs even against martyrs of the land," Khurshid wrote on Twitter.

"The countdown has begun for Modi: 16 days and no more. Soon rats will jump the sinking ship. Five horrible years to end. Jai Ho Democracy. He did his best to debase and defile it but truth prevails. We shall overcome," he added.

Khurshid, Abhishek Manu Singhvi, Rajiv Shukla and other Congress leaders had met officials of the Election Commission on Monday and apprised the poll panel about their objection over a statement made by Prime Minister Modi against former prime minister Rajiv Gandhi.

"We have appealed to the Election Commission to put an immediate prohibition on campaigning by Prime Minister Modi. We have requested it for a decision on the issue within 48 hours," Singhvi had said.

Addressing a rally in Uttar Pradesh on Saturday, PM Modi had hit out at Congress president Rahul Gandhi, saying, "Your father was termed 'Mr Clean' by his courtiers, but his life ended as 'Bhrashtachari No 1'." He was apparently referring to the Bofors scam that broke out during Rajiv Gandhi's tenure as PM.