India   All India  07 May 2019  BJP or Congress won't get majority, Pinarayi Vijayan after meet with KCR
India, All India

BJP or Congress won't get majority, Pinarayi Vijayan after meet with KCR

The Kerala Chief Minister believes regional parties will play a prominent role in next govt. 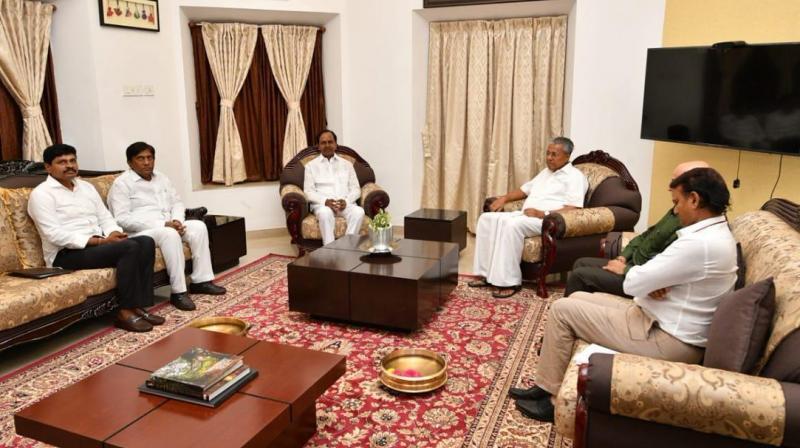 “According to Rao, both the fronts may not get a majority. So, the regional parties will play a prominent role. There were no discussions about the PM candidate,” Vijayan added.

Rao, who has been at the forefront of “non-BJP, non-Congress front” over the past year has also reached out to Congress allies like Karnataka Chief Minister HD Kumaraswamy and DMK’s MK Stalin, who will meet him on May 13.

According to NDTV, a Prime Minister from south India in a non-BJP, non-Congress concoction at the Centre is KCR’s mission on the lines of the “1996-formula”.

KCR, however, did not mention any names during the meeting with Vijayan.

The “1996-formula” has not seen very successful prototypes as the three prime ministers who took power at the head of unstable coalitions came and went in quick succession.

Vijayan reportedly told KCR that his CPM's central leadership would take a call on his plan after May 23.

Last year, Rao had even met DMK patraich M Karunanidhi and his son MK Stalin. The situation changed after Karunanidhi passed away few months later and DMK renewed their alliance with the Congress.

Previously, KCR had met the leaders but the meeting didn’t yield much.