India   All India  07 May 2017  UP: Sugarcane farmers write to Modi, Yogi, threaten 'suicide'
India, All India

The farmers asserted that the PM and CM must take a decision over sugarcane payments in 15 days otherwise they all will commit suicide. 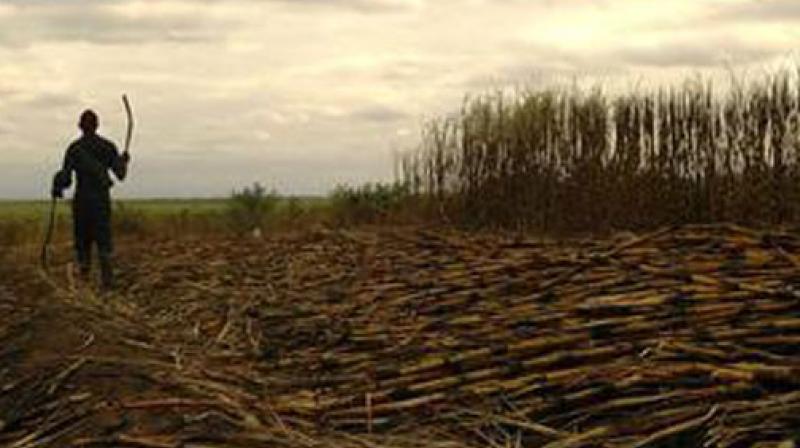 Uttar Pradesh Government is facing a challenge of dealing with the crisis of farmers. (Photo: ANI/Twitter)

The farmers also asserted that the Prime Minister and Chief Minister must take a decision over sugarcane payments in 15 days, otherwise they all will commit suicide on the 16th day because they cannot continue suffering anymore.

"It's better to die instead of suffering from pain," the letter read.

The newly formed Uttar Pradesh Government is facing a challenge of dealing with the crisis of farmers, but the biggest problem is that of those sugarcane farmers who have not yet been paid.

There are many farmers in Uttar Pradesh's Baghpat who are worried about not receiving sugarcane payments, which has resulted in them writing letters to the Prime Minister and threatening to take the extreme step.