Buckling under naked pressure applied by US president, New Delhi agrees to export paracetamol and hydroxychloroquin 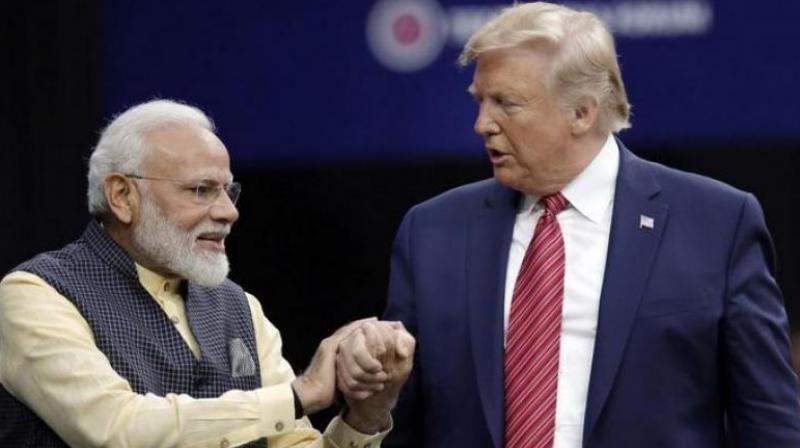 New Delhi: The Narendra Modi government hastened to comply after Donald Trump warned of “retaliation” if India did not export the anti-malarial drug hydroxychloroquine to the United States to help it fight the Covid-19 pandemic.

An official statement released in New Delhi said the drug will indeed be exported “to some nations who have been particularly badly affected by the pandemic” and will also be “licensed to neighbouring countries” that are dependent on India to fight the pandemic.

Though the US was not specifically named in the Indian statement, it is understood that the drug will indeed be exported to the US.

India also said “Hydroxychloroquine (HCQ) and paracetamol will be kept in a licensed category and their demand position would be continuously monitored” but that “the stock position could allow our companies to meet the export commitments that they had contracted.”

The Indian statement insisted that “like any responsible government, our first obligation is to ensure that there are adequate stocks of medicines for the requirement of our own people.”

New Delhi cautioned against an “unnecessary controversy” and attempts to “politicise” the matter, arguing that “India has always maintained that the international community must display strong solidarity and cooperation”.

Trump spoke to Narendra Modi on Sunday, requesting supply of HCQ to the US. Responding to speculation in the US that India may not export the drug, the US president was quoted as saying on Monday evening (Tuesday morning IST): “So, I would be surprised if that were his (Modi’s) decision. He'd have to tell me that. I spoke to him Sunday morning, called him, and I said we'd appreciate your allowing our supply to come out. If he doesn't allow it to come out, that would be okay, but of course, there may be retaliation. Why wouldn't there be? I would be surprised if he would, you know, because India does very well with the United States.”

So this morning, India fell in line, with the Ministry of External Affairs (MEA) saying, "In view of the humanitarian aspects of the pandemic, it has been decided that India would licence paracetamol and HCQ in appropriate quantities to all our neighbouring countries who are dependent on our capabilities. We will also be supplying these essential drugs to some nations who have been particularly badly affected by the pandemic. We would therefore discourage any speculation in this regard or any attempts to politicise the matter."