India   All India  07 Apr 2020  Friendship isn't about retaliation, says Rahul Gandhi as India buckles to US pressure
India, All India

Friendship isn't about retaliation, says Rahul Gandhi as India buckles to US pressure 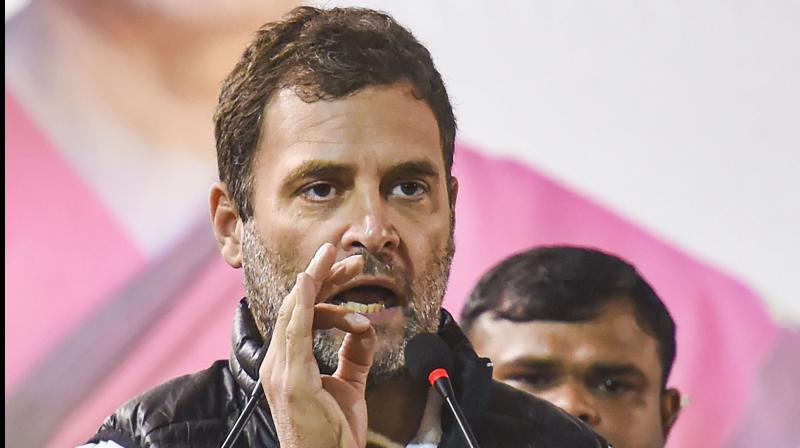 New Delhi: Reacting quickly after the Union government allowed the export of drugs under pressure from US president Donaldd Trump, Congress leader Rahul Gandhi said Tuesday that lifesaving medicines should be made available to Indians first before being exported to other countries.

"Friendship isn't about retaliation. India must help all nations in their hour of need but lifesaving medicines should be made available to Indians in ample quantities first," he said on Twitter. It was veiled criticism of Donald Trump plainly held out threat to Narendra Modi that there would be US retaliation if New Delhi did not allow exprot to hydroxychoroquine to the US.

Rahul Gandhi's reaction came after the Ministry of External Affairs said India would to export the anti-malarial drug hydroxychloroquine to several countries including those in the neighbourhood on a case-by-case basis in sync with its commitment to the international community to fight the coronavirus pandemic.

Hydroxychloroquine is an old and inexpensive drug used to treat malaria.

Last month, India banned export of hydroxychloroquine in the midst of views that the drug could be used as potential anti-viral agent to protect healthcare workers treating COVID-19 patients from the infection.

India has received requests from several other countries including its immediate neighbours Sri Lanka and Nepal for supply of hydroxychloroquine.