Judge Joshi will preside over proceedings as it is customary for judges to be given 7 days for the changeover. 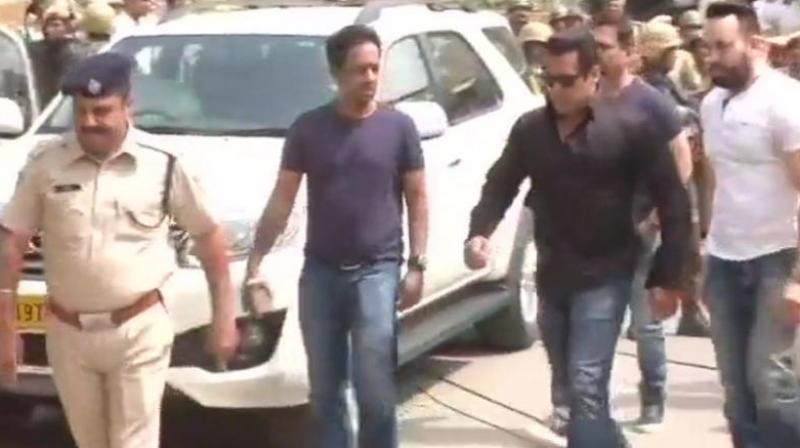 The Jodhpur court, on Thursday, sentenced Salman Khan to five years in prison after it found him guilty of killing two blackbucks in 1998. (Photo: File)

New Delhi: After being put off on Friday, Bollywood superstar Salman Khan’s bail hearing begun on Saturday morning. Judge Ravindra Kumar Joshi, one among the 134 sessions court judges who were transferred on Friday, will continue to preside over the proceedings of this case.

Judge Joshi will preside over the court proceedings of the 1998 blackbuck poaching case as it is only routine for judges to be granted seven days for the changeover.

According to a report in NDTV, the hearing started at 10.30 am and the order will be pronounced after lunch.

The Jodhpur court, on Thursday, sentenced Salman Khan to five years in prison after it found him guilty of killing two blackbucks in 1998. The actor was sent to Jodhpur Central Jail right after the verdict.

Other Bollywood actors, Sonali Bendre, Tabu, Neelam Kothari, and Saif Ali Khan were acquitted due to lack of evidence.