Doctors visited the members and said that their vitals are normal and no immediate intervention is required. 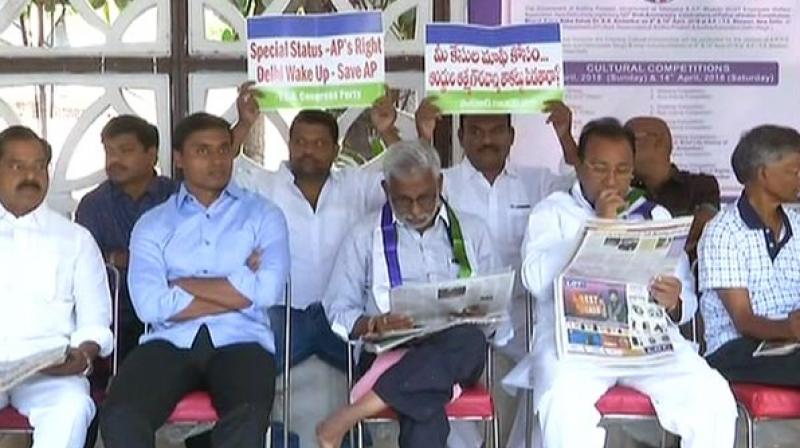 New Delhi: Yuvajana Shramika Rythu Congress Party (YSRCP) members on Saturday continued with their indefinite hunger strike at Andhra Pradesh Bhawan in Delhi over their demand for special status for the state.

The members also performed a 'pooja' at the Bhawan.

The doctors also visited YSRCP members and said, "Their vitals are normal, no medical intervention required as of now."

On March 31, YSRCP chief Jagan Mohan Reddy had announced that his party's MPs would quit and sit on indefinite hunger strike in New Delhi to press for the special category status to Andhra Pradesh.