Jodhpur Court grants bail to Salman Khan on two bonds of Rs 50,000 each. 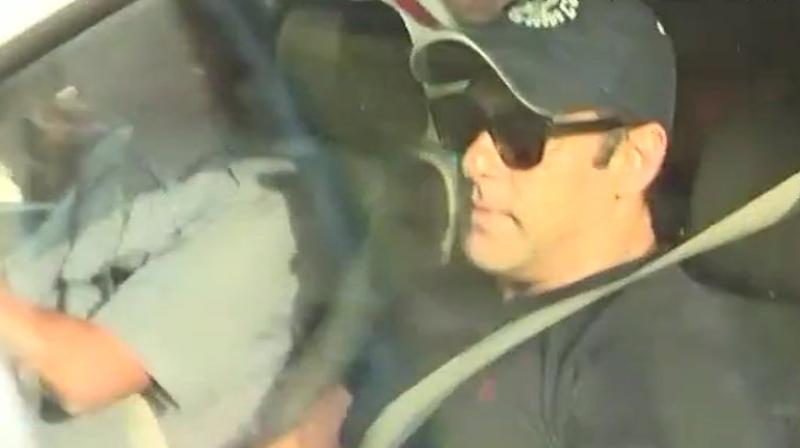 The court granted bail to the actor on two bonds of Rs 50,000 each.

Salman Khan walks out of Jodhpur Centrail Jail and returned to Mumbai on Saturday evening.

The bail plea was heard by Judge Ravindra Kumar Joshi, who was among 87 sessions court judges who were transferred on Friday. It is customary for judges to be given seven days for the transition.

Read: Salman's release deferred as judge to decide on bail gets transferred

On Thursday, a Jodhpur Court sentenced the 52-year-old actor to five years in jail for killing two endangered blackbucks in 1998 while shooting for the film, Hum Saath Saath Hain. The superstar known as 'bhai' among the film fraternity and fans was sent to Jodhpur Central Jail soon after his conviction on Thursday.

Salman's co-stars and Bollywood actors - Saif Ali Khan, Sonali Bendre, Tabu and Neelam Kothari - were acquitted by the court for the lack of evidence.

The actor's lawyer had approached the court with his bail application of 51-pages on Friday, but the hearing was deferred off till today after the judge asked for the entire case records.