As per sources Air India requested Sen to shift her mother's seat from the emergency exit, but the MP refused and created a scene. 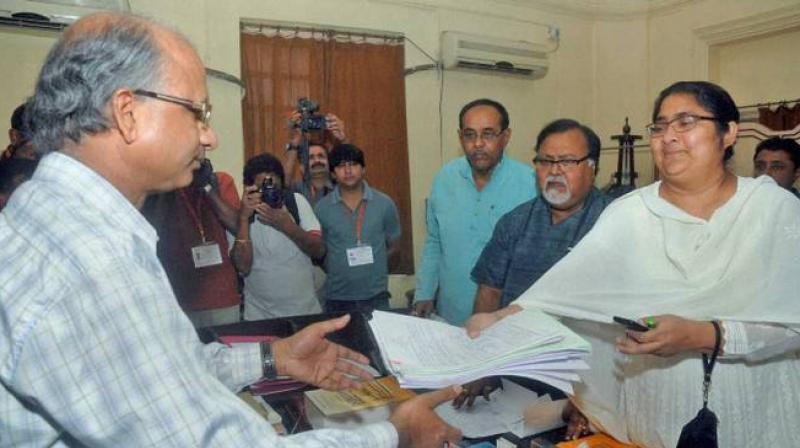 New Delhi: In yet another reminder of the VVIP culture, Trinamool Congress (TMC) Rajya Sabha MP Dola Sen on Friday delayed an Air India flight from Delhi to Kolkata by 39 minutes after refusing to abide by the security protocols.

As per sources, Air India requested Sen to shift her mother's seat, a senior citizen, from the emergency exit, but the MP refused and created a ruckus.

The airline also issued a clarification stating that Trinamool Congress MP Dola Sen did not ask for a wheelchair for her mother while booking seats for the Kolkata-bound flight.

"There was no remark of wheelchair during booking, but when all the passengers boarded the flight one passenger was in wheelchair. Cabin crew requested that a wheelchair passenger can't travel near the emergency exit as per CAR rule. However, MP Dola Sen started screaming," it said.

The Air India officials said that Sen was offered a business class ticket, but the parliamentarian refused.

"Passengers- on board and captain of flight intervened and finally the flight departed after 39 minutes of the scheduled time," it said.

This is not the first time when the Indian politicians have delayed flights.

Recently, Shiv Sena MP Ravindra Gaikwad also delayed Air India flight for 45 minutes and even attracted controversy for hitting the staffer of the national carrier over the issue of seating arrangement.

Several airlines imposed a ban on Gaikwad for his unwarranted act. Air India, however, lifted the ban today after he apologised for the incident.