Amount with Yes Bank is in form of fixed deposits; Temple wants to shift funds to nationalised bank. 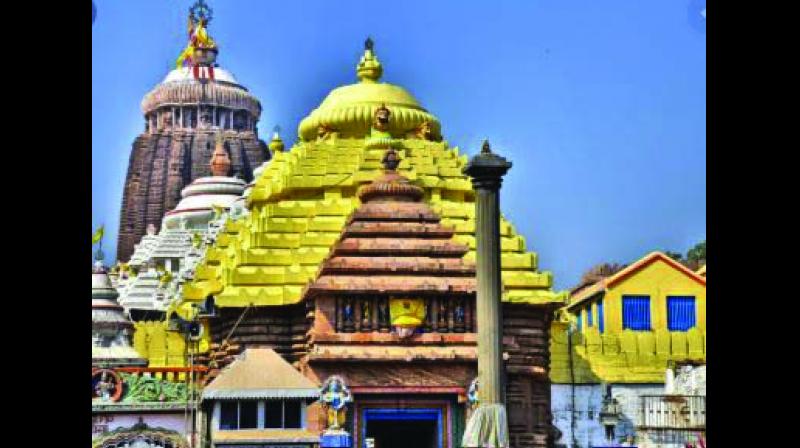 Critics said that it is illegal to deposit Lord Jagannath’s funds in a private bank.

Bhubaneswar: With Yes Bank getting placed under the Centre’s moratorium from March 5, the fate of the Rs 546-crore deposits of the Lord Jagannath temple of Puri now hangs in the balance.

The Reserve Bank of India (RBI), in a press release on Thursday, announced that Yes Bank has been placed under the Centre’s moratorium “owing to the potential loan losses and resultant downgrades.”

As per the RBI directive, depositors can’t withdraw more than Rs 50,000 from their bank accounts for a month starting March 5.

While the announcement has triggered panic among Yes Bank customers who are rushing to withdraw cash from the bank ATMs, it stoked fear among the servitors and devotees of the Jagannath temple, who said there is uncertainty over the massive deposit.

Expressing his anger over the development, senior Daitapati (priest) Binayak Das Mohapatra on Friday said, “Keeping such a huge amount in a private bank was a mistake. The person responsible for this should be punished.”

Mr Priyadarshan Patnaik, convener of Jagannath Sena, a cultural organisation, also criticised the Odisha government saying, “It is illegal to deposit Lord Jagannath’s funds in a private bank. Nobody, including the managing committee of temple, knew about this gross irregularity.”

Reacting on the issue, Odisha law minister Pratap Jena said, “The amount parked in Yes Bank is in the form of fixed deposits. It has been decided by the temple managing committee that the money will be transferred to a nationalised bank once the deposits mature later this month.”

“Though I haven’t spoken with the bank authorities, I am sure we will be able to transfer the money seamlessly,” Mr Jena added.

Ex-Puri MLA Maheswar Mohanty said, “The then chief administrator of Shree Jagannath Temple Administration (SJTA) did a big mistake by depositing the money in the private bank in order to get more interest. The present situation is worrisome, so SJTA should discuss with RBI to withdraw the money.”