India   All India  07 Mar 2020  Colleague of Hyderabad’s coronavirus patient found to be symptomatic
India, All India

Colleague of Hyderabad’s coronavirus patient found to be symptomatic

25 colleagues in Bengaluru were investigated, of which one is admitted at RGICD 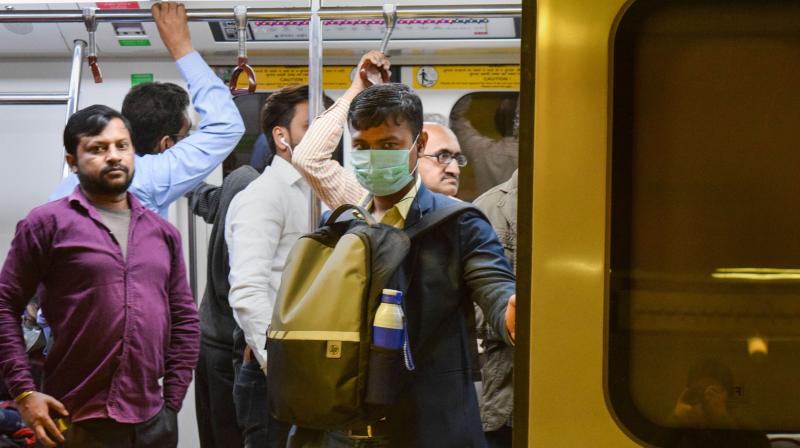 Hyderabad: The Telangana government has informed that one of the 25 colleagues of the person who was found positive for coronavirus, was found to be symptomatic and was admitted at Rajiv Gandhi Institute of Chest Diseases (RGICD) in Karnataka.

"A detailed investigation was done to trace the contacts of one person who was found novel coronavirus positive in Telangana and it has been found that at his workplace in Bengaluru, 25 colleagues have been contacted and one is found to be symptomatic and admitted at RGICD," read a government statement.

Colleague's samples have been sent for testing and fumigation of the workplace was done on March 3, said Telangana Government in a statement.

The government said that details on contact tracing with confirmed Telangana Covid-19 case include -- passengers who were sitting close to the above said passenger were followed and tracked by phone, all are asymptomatic and will be followed up until March 6.

"The (Bengaluru to Secunderabad) bus has carried to 32 passengers and 23 passengers have been travelled in the bus, out of which 20 passengers are traced and under house quarantined. The bus driver is under isolation at Hyderabad," it read.

The infected person had travelled from Secunderabad drop point to his residence with his friend's two-wheeler. The chemical disinfection has been done at Hyderabad on March 1, it added.
At his residence in Bengaluru, one flat-mate has been contacted and isolated, he is found to be asymptomatic. Fumigation was done at his residence on March 3, read the statement.