This woman forester has rescued 1,100 animals in Gir

That was in 2007, when the forest department of the Gujarat government opened this position to women for the first time. 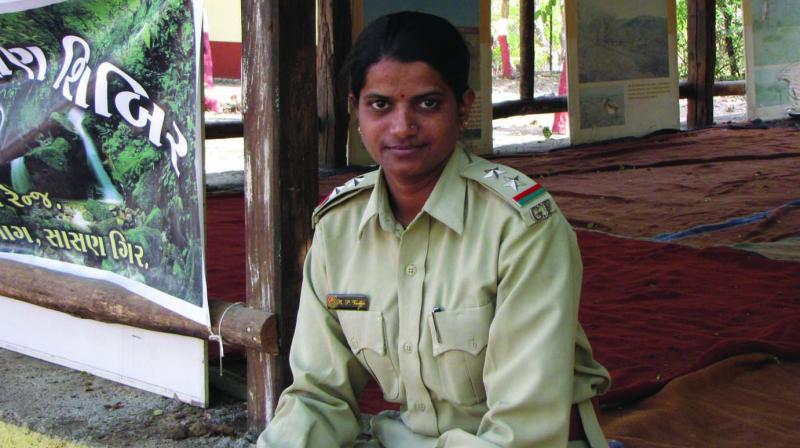 Ahmedabad: Her appointment as the first woman forest guard in Sasan Gir forest, Gujarat, had raised many eyebrows. How can this young girl, Rasila Wadher, participate in the often risky rescue operations?

That was in 2007, when the forest department of the Gujarat government opened this position to women for the first time.

Rasila, then 21, soon proved her ability. An injured lioness was found in the Dedakadi range. Rasila and a team of five rushed to the spot. The operation to catch the wounded and angry lioness and transfer her safely into a cage lasted the whole night.

“Not at all,” she replied without hesitation. “In fact, I was afraid of being dropped from the team because I was the only woman member of the team! It was really a thrilling experience for me.”

Born in the small village of Bhandori in Junagadh district, Rasila lost her father at a very young age. Her mother Rajubahen had to bring up the two children. The family struggled to make ends meet. Rasila graduated in Arts and then decided to take a job to help her mother. She joined as a forest guard in 2007, and became a forester in 2008.

To date, she must have rescued more than 1,100 animals including lions and panthers. Sasan Gir forest is spread over 1,412 square metres. Incidents like lions falling into wells have increased. Sometimes the animal is hit by a train passing through the forested area so a rescue team has to be ready 24x7 for operations anywhere in the forest.

Rasila has never been afraid of taking a risk. In 2014, a panther fell into a well near Jalandhar village. The first thing to do was to tranquilise the animal. Rasila fearlessly descended into the well to do this. “What is there to fear? I have grown up in such a way that I can’t afford to fear,” she says smiling. Now transferred to another position, Rasila is an inspiration for young girls. She ventured into a male-dominated profession and has succeeded. She has won awards for her work from the Gujarat government and Sanctuary magazine. “I enjoy rescue work and I am ready to take any challenge,” she says.