Kartapur talks to be held at Attari

The two sides will start discussions on the Kartarpur draft agreement and also on what the final border-crossing coordinates will be. 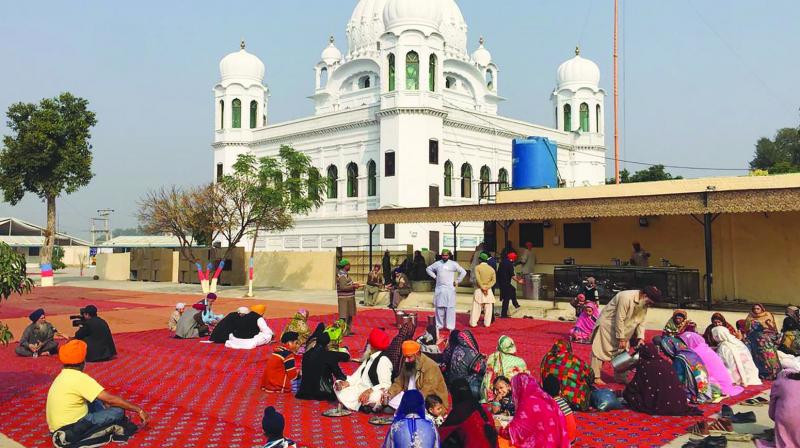 New Delhi: A day after Pakistan declared it was despatching its team of officials to New Delhi on March 14 to discuss the Kartarpur Sahib corridor modalities, India confirmed that it would host the meeting on that day but said it would be held at the Attari-Wagah border (in Punjab near Amritsar) on the Indian side. New Delhi also proposed that “a technical level discussion on the alignment of the corridor be held on the same day on the sidelines of this meeting”.

Speculation is rife that after the recent tension, New Delhi may not have wanted undue hype to cloud the meeting and hence the decision to host it on the Indian side at Attari-Wagah instead of at New Delhi.

The MEA  said, “The first meeting between India and Pakistan to discuss and finalise the modalities for Kartarpur Corridor would be held at Attari-Wagah (Indian side) on 14 March 2019. India has also proposed that a technical level discussion on the alignment of the corridor be held on the same day.

In a statement earlier on Tuesday, Pakistan had said, “The Pakistan Delegation will visit New Delhi on 14 March 2019, followed by the return visit of the Indian delegation to Islamabad on 28 March 2019, to discuss the draft Agreement on Kartarpur Corridor.”

It may be recalled that Pakistan had last month proposed different border-crossing coordinates from the one that India has proposed for Indian Sikh pilgrims to visit the historic Kartarpur Sahib Gurudwara in Pakistani Punjab through special corridors being constructed on both the India and Pakistani sides. The two sides will start discussions on the Kartarpur draft agreement and also on what the final border-crossing coordinates will be.

Pakistan had also in January this year announced that it had shared the draft agreement with India to facilitate the visit of the Sikh pilgrims, to which India had said it had shared the proposed coordinates of the crossing point of the corridor along the border with Pakistan. “We have received a response from Pakistan. They have suggested an alternate crossing point,” MEA spokesperson Raveesh Kumar had said last month.

The two countries are expected to hammer out an agreement on the modalities that will enable Indian Sikh pilgrims to travel on the special “corridor” on both the Indian and Pakistani sides to attend the 550th birth anniversary celebrations in November this year of the founder of Sikhism and the first Guru of the Sikhs Guru Nanak at the historic Kartarpur Sahib Gurudwara close to the Indo-Pak border in Pakistani Punjab. Guru Nanak had spent the last years of his life at the Gurudwara in the first half of the 16th century AD.

It may be recalled that Pakistani Prime Minister Imran Khan had presided over the ground-breaking ceremony on November 28 last year for creation of the corridor from the border to the Kartarpur Sahib Gurudwara in Pakistani Punjab that will enable “easy and smooth” travel to Kartarpur Sahib. India too will build the corridor on its side from Dera Baba Nanak in Gurdaspur to the International Border with all modern amenities.