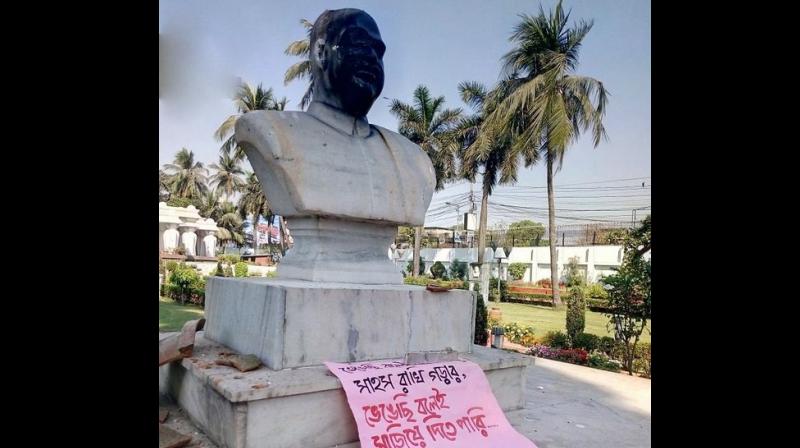 Kolkata: At least six persons were detained when a bust of Bharatiya Jana Sangh founder Syama Prasad Mookerjee was vandalised in Kolkata on Wednesday.

This comes after a couple of similar incidents -- Lenin's statue razed in south Tripura and social activist Periyar's bust vandalised in Vellore, drawing criticism from Prime Minister Narendra Modi as well as the Ministry of Home Affairs.

"We demand very strong action against the culprits and want to give away the message that you just can't take away the contribution of Dr. Syama Prasad Mookerjee in building West Bengal by this shameful act," said WB BJP General Secretary Sayantan Basu.

Basu said the BJP would rebuild the statue with more grace.

The development comes after the Prime Minister earlier in the day disapproved in strong words the incidents of vandalism in Tripura and Tamil Nadu.

The MHA in a statement asked all states to take strong action against vandals.