Justice Vishwanath Shetty was sworn in on January 28, last year as the Karnataka Lokayukta. 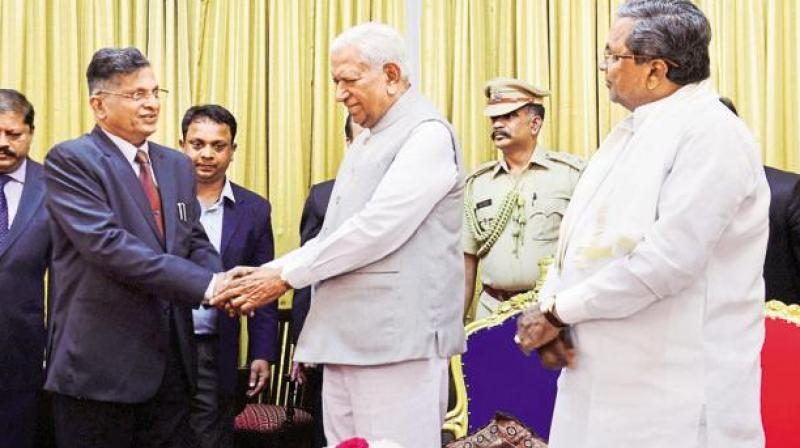 The attacker, identified as Tejas Sharma, has been taken into custody.

The attacker, a native of Tumkur and works as bus conductor, had appeared before the Lokayukta as a complainant.

After being stabbed, Justice Shetty, 74, fell to the floor bleeding. The attack was filmed on security cameras.

"A person stabbed the Lokayukta in Bengaluru, the accused has been taken into custody," said Karnataka Home Minister Ramalinga Reddy in Bengaluru.

Within seconds of the assault, the police and security personnel who were outside the Lokayukta's office on the ground floor of Multi-Storey Building, also known as MS Building, pinned Tejas down. He was taken to Vidhan Soudha police station while the Lokayukta was rushed to Mallya Hospital for treatment.

The attacker identified himself as an advocate, according to an entry in the register at the Lokayukta’s office.

The Karnataka Home Minister said, "According to information I have, someone claiming to be an advocate had gone to the office and stabbed him."

It is learnt that the metal detector at the office was defunct allowing the attacker to gain entry to the Lokayukta's chamber with a knife. 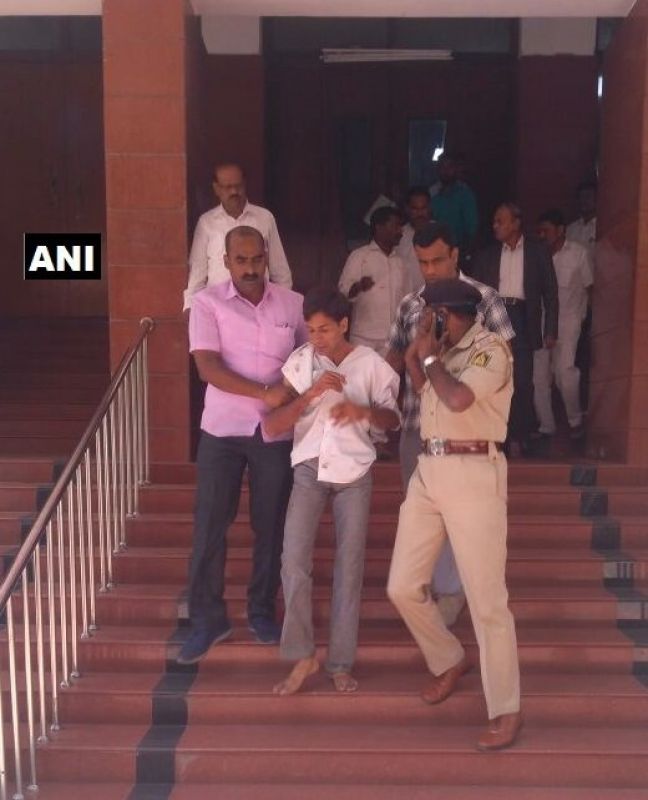 The Karnataka Home Minister said, "He (the attacker) complained to the Lokayukta about some tenders. He assaulted the judge and he was alone. The judge is out of danger now."

The Chief Minister said, "It seemed like it was an attempt to murder the Lokayukta. He had a big weapon in his hand. We are checking if there was a security lapse. Everything about his background will be investigated."

The Vidhan Soudha police have registered a case and are investigating.

"The accused has been taken into police custody and is being interrogated. It has been found that the accused had complained against 15-17 public servants in connection with supply of furniture. His allegations were not proved," said T Suneel Kumar, Commissioner of Police Bengaluru.

The Police Commissioner added, "He (the attacker) took this step because of the reason that he was complaining against these contractors and still not getting the tenders. Further inquiry in the matter is going on."

Union Minister Ravi Shankar Prasad said the attack on Karnataka Lokayukta in his office in Bengaluru was a serious issue of law and order.

According to an NDTV report, leader of Karnataka's ruling Congress said the Lokayukta prefers to be accessible to the people and there is hardly any security at his office.

"There was no bar for anybody. Anybody could access him with their grievances, there was no armed guard," said Brijesh Kalappa of the Karnataka Congress, describing the attacker as a "madman".

"There are multiple CCTV cameras...a metal detector and multiple people watching. How can we say there has been a security breach," Kalappa added.

Justice Shetty was sworn in on January 28, 2017 as the Karnataka Lokayukta, a year after the post fell vacant following a bribery scandal that had hit the office of the anti-graft ombudsman.