The former commerce minister also denied that any files were signed by the former finance minister on May 16, 2014, as alleged by Prasad. 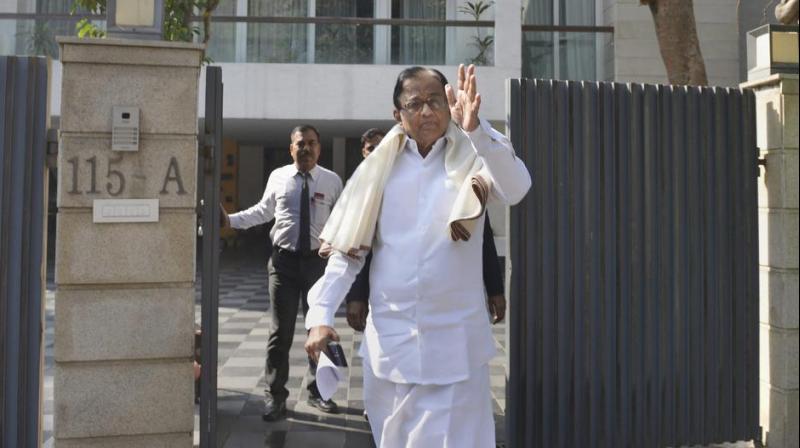 The Congress leader alleged that what this government is doing is not only 'targeted vendetta' against the former finance minister, but also 'excessive vilification'. (Photo: PTI)

New Delhi: The Congress on Wednesday rubbished as "false and baseless" the charges levelled by the BJP against former Finance Minister P Chidambaram that he had favoured private entities through a gold import scheme introduced by the UPA dispensation, and accused the government of trying to divert the people's attention from multi-crore bank scams.

Senior Congress spokesperson Anand Sharma said the charges levelled by Law Minister Ravi Shankar Prasad were "not backed by facts" and an attempt to evade the government's accountability in bank scams that happened during its tenure.

The Congress leader said that in view of "pressure in the current account" due to huge imports of gold and crude oil, the UPA government had in 2013 imposed restrictions on import of gold and made it mandatory to export 20 per cent of imported gold after value addition under the 80:20 scheme.

He said it was the BJP-led government which removed all the restrictions imposed earlier and made gold imports free.

Sharma also accused the government of "manufacturing documents" to hit out at its political opponents as tactics to divert public attention from the multi-crore bank scams involving Nirav Modi, Mehul Choksi and Jatin Mehta, who he alleged were "beneficiaries of their patronage".

Nirav Modi and Choksi are accused of defrauding Punjab National Bank to the tune of Rs 12,636 crore, while Jatin Mehta of Winsome Group is involved in an alleged fraud of Rs 6,712 crore.

The former commerce minister also denied that any files were signed by the former finance minister on May 16, 2014, as alleged by Prasad, saying the model code was in force at that time.

If the government has any document, it should make public.

He said the 80:20 policy was finalised by the RBI in 2013 and no circular was issued after it.

"Yesterday's statement made by Ravi Shankar Prasad is preposterous. He has levelled unwarranted allegations which we reject and condemn. It has become the hallmark of this government that it is deflecting attention, diverting public focus from the real issues and trying to escape is own accountability in the biggest bank fraud in the history of independent India," he told reporters.

He said charges made by Prasad are "the most absurd things heard in my political career" as also "irresponsible".

The Congress leader alleged that what this government is doing is not only "targeted vendetta" against the former finance minister, but also "excessive vilification".

"We would like to warn the government today and caution the country that India's governance and administration will be collapsing under this vendetta campaign of the government," he said.

Sharma also demanded that Banking Board chairman Vinod Rai be removed as he was "guilty of inaction and conspicuous by his silence".

"The government should remove him and disband the Banking Board after the incidents of serious frauds in public-sector banks and loot of public money," he said.

He said the government must answer the real question -- when the Prime Minister's office, Reserve Bank of India, Enforcement Directorate and SFIO were forewarned in writing about the bank fraud being committed by Nirav Modi, Mehul Choksi and by Winsome Diamonds, why were they allowed to leave the country.

Sharma said Prasad is the Law Minister and he must understand that the restrictions imposed on gold imports did not lead to bank frauds and escape of these perpetrators from the country.

"This government through its actions has cast serious aspersions on many former senior most civil servants of India. They are being tarred and their reputations torn apart by the prime minister and his government, which is keen to have a personal vendetta against P Chidambaram, the former finance minister," he said.