Haryana Congress had planned to gherao the state assembly to protest an alleged land scam under the BJP government in the state. 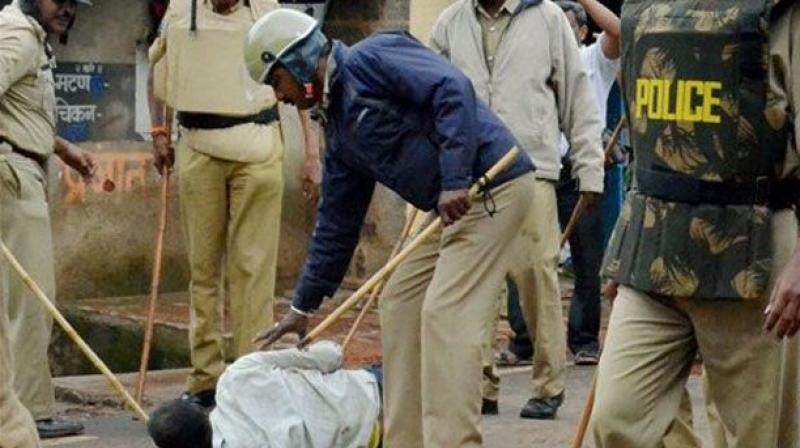 Chandigarh: Several Congress workers including the party's Haryana unit President Ashok Tanwar were detained on Tuesday as they tried to gherao the state assembly over an alleged land scam.

A few Congress workers sustained injuries after the Chandigarh police lathi charged to disperse the protesters, the party claimed.

Haryana Congress had planned to gherao the state assembly to protest an alleged land scam under the BJP government in the state.

Heavy security arrangements were made by the police to stop the Congress workers from going towards the Haryana assembly, officials said.

Water cannons were deployed and the routes were barricaded by the police. As the protesters refused to pay heed to warnings, police resorted to lathi charge.

Several Congress workers including Tanwar were detained and taken to the Sector 17 police station, officials said.

Around 30-35 Congress workers sustained injuries in the lathicharge by police and out of which three sustained fractures, Haryana Congress General Secretary Pradeep Singh Zaildar claimed.

He added that the police used force against the party workers near the Rose garden in Sector 16 as they marched from Sector 17, here.

Zaildar said the Congress was protesting against the alleged transfer of 454 acres of municipal land in Gwal Pahari in Gurgaon to private parties at the behest of the BJP leadership.

He also alleged that the route of the Metro line in Gurgaon was changed to favour certain BJP leaders, and builders close to them.