Jaitley's cross-examination by Jethmalani, who is representing Kejriwal, remained inconclusive and will continue on May 15 and 17. 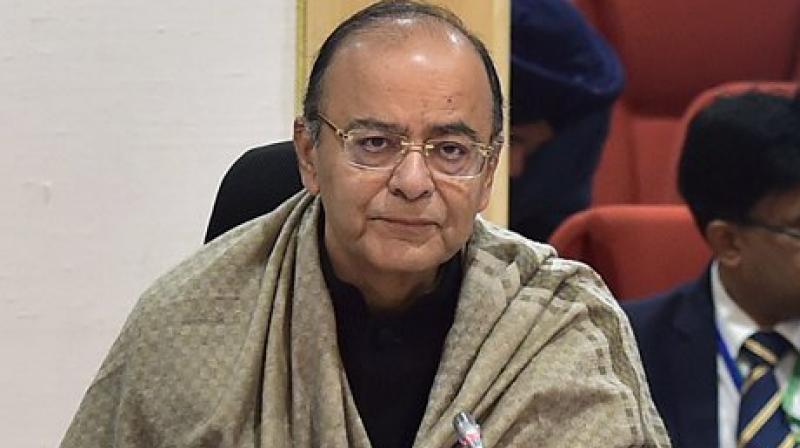 New Delhi: Finance Minister Arun Jaitley was grilled for the second day on Tuesday by jurist Ram Jethmalani in the Delhi High Court in connection with a defamation suit the senior BJP leader has filed against Chief Minister Arvind Kejriwal and other AAP leaders.

Jaitley's cross-examination by Jethmalani, who is representing Kejriwal, remained inconclusive and will continue on May 15 and 17.

During the proceedings which lasted nearly two hours in a packed court room of Joint Registrar Amit Kumar, a variety of questions including allegations made against him by veteran cricketer Bishan Singh Bedi were put to the Finance Minister.

Jaitley refuted the allegations of financial bungling in DDCA, saying "a letter of Bedi was written in 2015 and I had left the post of President in DDCA in 2013."

During the cross-examination which was full of drama, lawyers of both sides opposed various questions and answers. Jaitley's counsel - senior advocates Rajiv Nayar, Sandeep Sethi and Pratibha M Singh - termed some of them "scandalous".

The Finance Minister, who was put several controversial questions by Jethmalani, maintained calm and said “Kejriwal has committed a serious act of libel through his malicious falsehood. Alleging that my wife and daughter are linked to fake companies was not only false but taking the public discourse to a very low level."

Jaitley has filed a Rs 10 crore civil defamation suit in the High Court against Kejriwal and five other AAP leaders - Raghav Chadha, Kumar Vishwas, Ashutosh, Sanjay Singh and Deepak Bajpai - for accusing him of financial irregularities in Delhi and District Cricket Association (DDCA) of which he was the president for about 13 years till 2013.

On Tuesday, Jethmalani had asked 52 questions to Jaitley in his bid to prove that the lawsuit on defamation by the senior BJP leader was unfounded and should be dismissed.

Notably, Jethmalani was expelled from the BJP in 2013 for six years

However, 11 questions were disallowed by the court. Jaitley had already tendered evidence in support of his civil defamation suit against Kejriwal and five others.

However, the minister refuted Kejriwal's claim that the December 2015 CBI raid at the Delhi CM's office was "purely" aimed at removing files related to alleged irregularities in the DDCA in which he was allegedly named.

He had also said that he had no prior knowledge of the raid, nor had he even been privy to the facts of the raid.

Jaitley, who had headed DDCA for 13 years, had claimed he cannot recollect he had ever met the officer and, only through the media, he had got to know that the said commission of inquiry into DDCA was headed by a bureaucrat.

Jethmalani had also alleged that search at Kejriwal's Secretariat office was made because documents relating to DDCA was expected to be found.

The Supreme Court on November 22 last year had dismissed Kejriwal's plea of seeking a stay on trial court proceedings in the case.

On March 1, the Delhi High Court had dismissed another application of Kejriwal seeking bank account details of Jaitley and his family.

On December 6, 2016 the minister had appeared to record his evidence after the high court on July 12, 2016 had framed issues against Kejriwal and others, notwithstanding their claim that they had not made any defamatory statement against him in the DDCA case.

The issues were framed against them after Kejriwal's counsel had denied the allegations and submitted that whatever was said against the Minister was in public domain and he has not said anything on his own.

The court had framed issues against all the six AAP leaders and fixed the matter before Joint Registrar to decide whether any defamatory statements were made by them.

In a civil suit, when one party affirms and other party denies a material proposition of fact or law, then only the issues arise.