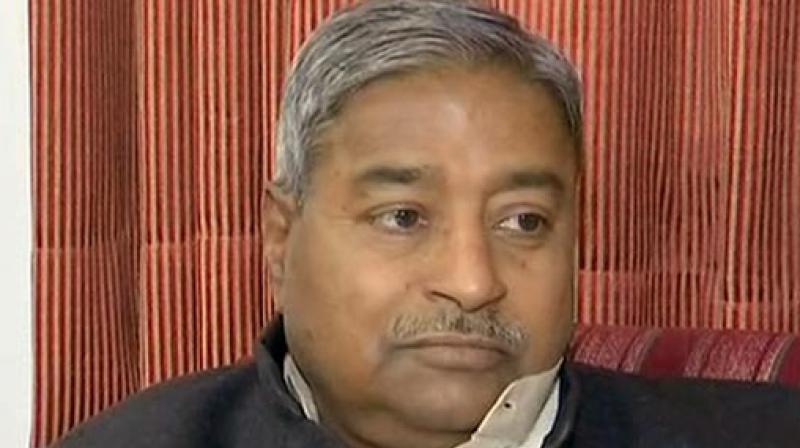 Commenting further, Katiyar said that there should be a bill that punishes those who do not respect Vande Matram and insult the national flag. (Photo: ANI)

New Delhi: Bharatiya Janata Party (BJP) leader Vinay Katiyar on Wednesday, launching a scathing attack, said that the Muslims divided the country in the name of religion; hence they should leave the country.

"...Musalman iss desh mein rehna hi nahi chahye, unhone jansankhya ke aadhaar par desh ka batwara kardia toh iss desh mein rehne ki kya avashyakta thi? Unko alag bhu-bhaag de dia gaya, Bangladesh ya Pakistan jaayen yahan kya kaam hai unka? (Muslims should not live in this country. They divided the country in the name of religion, what is the need of living in this country? They should go to Bangladesh or Pakistan, what work do they have here?)" he asked.

Katiyar's statement comes in wake of All India Majlis-e-Ittehadul Muslimeen (AIMIM) chief Asaduddin Owaisi demanded that the Central Government brings out a law that would make calling Indian Muslim "Pakistani" a punishable offence.

Commenting further, Katiyar said that there should be a bill that punishes those who do not respect Vande Matram and insult the national flag.

"There should be a bill that punishes those who do not respect Vande Matram, those who insult the national flag. Those who hoist the Pakistani flag, they should be punished," Katiyar said.

Reacting to Katiyar's statement, Owaisi said,"Now what can we say? His tenure is about to end aur chirag bujhne se pehle bhadakta bahut hai (flame burns brighter before dousing).