Jhutt, along with five other detainees from Srinagar Central Jail, was taken to hospital on the advice of the jail authorities, police said. 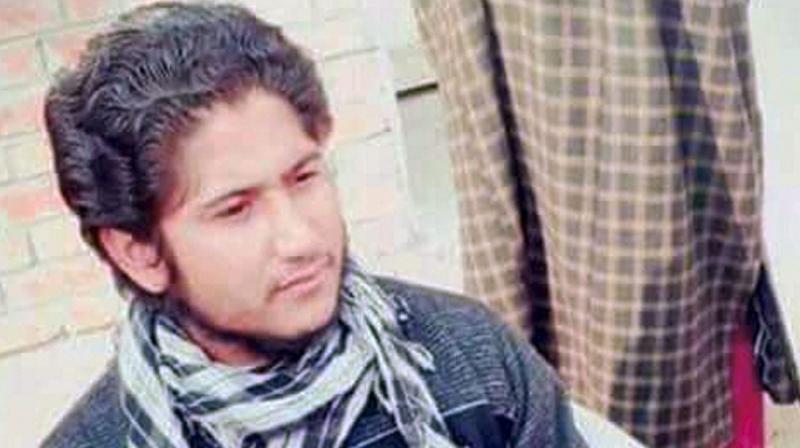 SRINAGAR: A jailed Pakistani terrorist — a former deputy chief of LeT — made a daring escape from custody on Tuesday after at least two militants opened fire and killed two policeman escorting him in a pre-planned attack on a hospital complex in  Srinagar, police said.

Mohammed Naveed Jhutt alias Abu Hanzala, 22, who was arrested in Kulgam in south Kashmir in 2014, managed to escape with the assailants around noon from outside the government-run Sri Maharaja Hari Singh (SMHS) hospital in Kaka Sarai area where he had been taken for a medical check-up, police said.

Jhutt, along with five other detainees from Srinagar Central Jail, was taken to hospital on the advice of the jail authorities, police said.

Jammu and Kashmir’s director general of police S.P. Vaid said, “It’s a very unfortunate incident and the terrorists managed to free one of their hardcore accomplices. We have sounded a red alert to nab all those involved in this crime.”

The pheran-clad assailants were lying in wait in the hospital’s parking lot of the hospital and opened fire around 11.35 am, as soon as a handcuffed Jhutt, along with five other prisoners and the police team, got off a vehicle outside OPD, said a police official.

Deputy inspector general of police (Central Kashmir) Ghulam Hassan Bhat denied reports that Jhutt himself snatched the rifle of one of the escorting policemen and opened fire.

Jhutt, a school dropout from Borevella district of Multan in Pakistan’s Punjab, is believed to be involved in multiple attacks, including the killing of a teacher on election duty. He is also believed to be behind the killing of at least seven policemen, including three near a court house in Pulwama. He was also involved in an attack on the Army in Hyderpora in Srinagar and an attack on the Silver Star hotel along the national highway outside Srinagar.

As claimed by the officials, Jhutt had told his interrogators that he had met Ajmal Kasab who was involved in the 2008 Mumbai terror attacks.

Police officials said that they wanted to shift Jhutt and the five other prisoners from Srinagar jail to prisons outside the Valley but were disallowed to do so by a sessions court on December 26, 2017.

Chief minister Mehbooba Mufti, in a statement condemned the killing of the two policemen on Tuesday, saying “it was an act of cowardice which ought to be condemned by one and all”.

She also tweeted, “Pained to hear that two more brave policemen lost their lives in an attack in Srinagar today. My heart goes out to their families and loved ones.”