India and Afghanistan share a close bilateral relationship, and had inked a strategic partnership agreement in 2011. 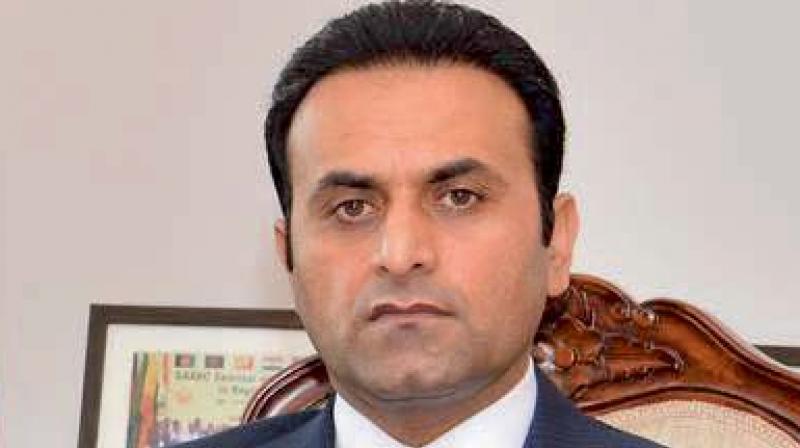 New Delhi: Making a case for more Indian military helicopters, tanks and heavy guns to fight terrorist elements and insurgency in Afghanistan, Afghan ambassador to New Delhi Shaida Mohammad Abdali said that his country was just a “staging ground” for ISIS, and that the outfit’s growing presence spells danger with huge security implications for the entire South Asian region, including India.

On Monday, the UN Assistance Mission in Afghanistan (UNAMA) released a report documenting an increase in attacks by ISIS, particularly targeting Shias, that claimed 209 civilians dead and 690 injured.

The report recorded 11,418 conflict-related civilian victims, including 3,498 killed and 7,920 injured in 2016 — the highest since the UN began systematically documenting civilian casualty figures in 2009.

“Afghanistan is just the staging ground for Daesh (ISIS) for the entire region to become unstable. Daesh in Afghanistan is not just for Afghanistan, but it is a phenomena that will destablise the entire South Asian region,” Mr Abdali said, adding, “While ISIS in Iraq-Syria, its variant in Afghanistan and the Taliban are dissimilar, in many other areas we believe that the source of their support is the same.”

“India is actively helping Afghanistan with military hardware and we are grateful for that. But, we do need more of helicopters, heavy guns, tanks etc., and also repairing facilities for our Russian-origin equipment,” the ambassador told this newspaper on the sidelines of an event organised by the Institute of Defence and Strategic Analysis.

“We do not want Indian combatants in Afghanistan, we already have our own. But, what we need are enablers,” he said.

India and Afghanistan share a close bilateral relationship, and had inked a strategic partnership agreement in 2011. Under the agreement, in 2015, India gave three Hindustan Aeronautics Limited-manufactured Cheetal helicopters to Afghanistan and four Mi-35 attack copters in 2016, marking the first time lethal equipment had been supplied to India’s neighbour.

Reacting to a recent suggestion that the Taliban should be used to fight ISIS, the ambassador said that was like looking for a “cheaper solution”.

Asked if ISIS was trying to strengthen itself in Afghanistan with an eye on getting to Central Asian oil, Mr Abdali said, “On Daesh’s motives in Afghanistan and beyond in Central Asia, as in the West Asia, where they have tried to take over oil and gas reserves, a quest for oil cannot be ruled out.”

Central Asia has one of the richest sources of known oil reserves.