CRPF has launched a probe into the incident and promised to take action against the personnel. 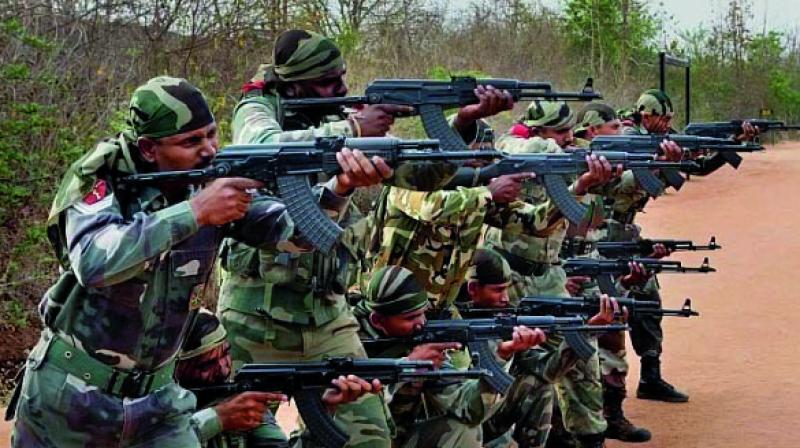 Unit was to board a train at Mughalsarai Sunday night for deployment in Bihar anti-Naxal fight.

New Delhi: At least 59 trainee commandos of the CRPF have gone missing in what could be the first “mass bunking” incident in the Central paramilitary force.

The trainee commandos belong to the elite jungle warfare school of the Central Reserve Police Force in Jammu and Kashmir, and are part of the force’s anti-Naxal squad, CoBRA.

The unit was to board a train from Mughalsarai station Sunday night for deployment at Naxal-infested areas in Bihar.

The CRPF has launched a probe into the incident and promised to take action against the personnel. The unit was going for deployment after completing a five-week basic training  at the jungle warfare school near Srinagar.

People familiar with the matter said the entire group decided to abandon their journey and leave en masse, either to their homes or other destinations.

The personnel did not inform any senior official before disappearing. People with direct knowledge of the matter said the CRPF top brass has taken a serious note of the incident and has ordered a court of inquiry as it was a case of “unauthorised absence”.

Senior CRPF officials say the jawans were scheduled to report at the headquarters of the 205th CoBRA unit in Gaya in Bihar Monday for deployment in special anti-Naxal operations.

“A detailed inquiry has been ordered by the force headquarters in Delhi. The trainers and the havildar who was accompanying them have got in touch with some of those who vanished from the train without informing seniors. Some have promised to report for duty by Tuesday,” a senior CRPF official said.

The missing jawans were not carrying any weapons, a CRPF official said. The maximum number of commandos who went missing were from Uttar Pradesh and Bihar, the official said.

The CoBRA was raised in 2009 by the Central government to act as a special guerrilla combat wing for tackling violence perpetrated by Naxalites as well as insurgents in the north-east.