Violence broke out in the JNU in Delhi on Sunday night as armed masked men attacked students and teachers. 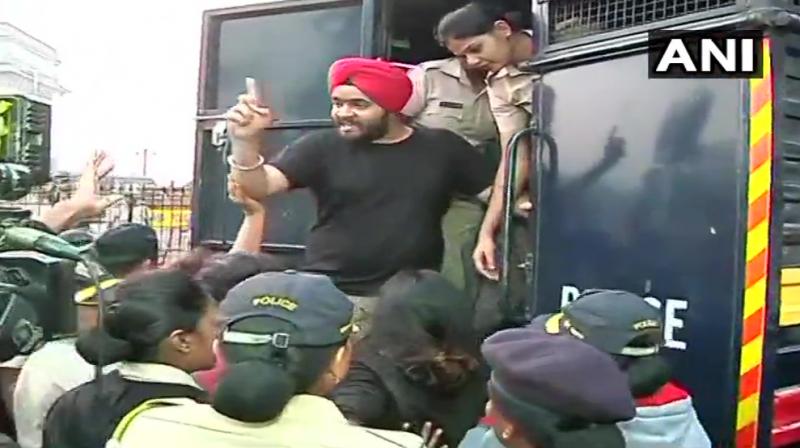 Police had appealed to the protesters to shift but they didn't listen, so they were 'relocated' to Azad Maidan, an official said. (Photo: ANI)

Mumbai: People protesting against the JNU violence were evicted from Gateway of India here on Tuesday morning as roads were getting blocked and tourists and common people were facing problems, a police official said.

Police had appealed to the protesters to shift but they didn't listen, so they were "relocated" to Azad Maidan, the official said.

Hundreds of people, including students, women and senior citizens - who assembled at the iconic Gateway of India since Sunday midnight - demanded action against the culprits and called for Union Home Minister Amit Shah's resignation.

Violence broke out in the Jawaharlal Nehru University (JNU) in Delhi on Sunday night as masked men armed with sticks and rods attacked students and teachers and damaged property on the campus.