India   All India  07 Jan 2019  Joint ops by 3 defence services vital: Absence of a CDS stands in the way
India, All India

Joint ops by 3 defence services vital: Absence of a CDS stands in the way

India’s military response therefore will have to be as a joint military operation of our three defence services. 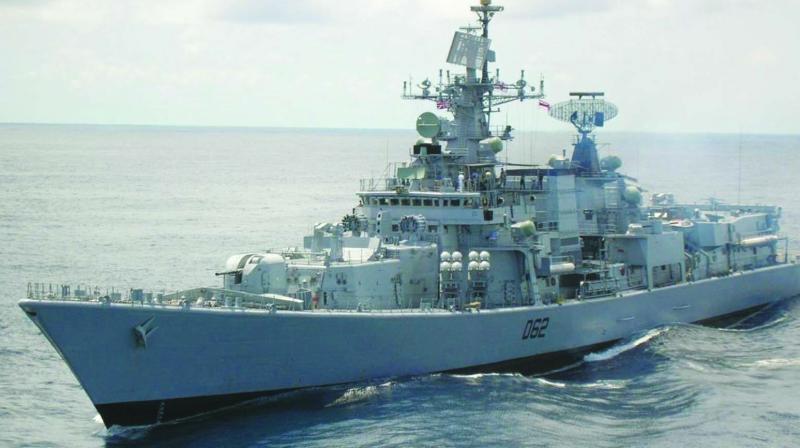 A letter recently addressed to the Prime Minister and the ministers of defence, home affairs, external affairs and finance on the subject, National Security Council and Higher Defence Management, signed by over 200 defence forces veterans, including two Services Chiefs, again brings into focus the urgent need to streamline India’s long neglected lacuna in countering external security.

In India’s three-tiered security management system, the top tier is the National Security Council (NSC) chaired by the Prime Minister (PM) and advised by a National security Adviser (NSA). Next is the Strategic Policy Group (SPG) and third is the National Security Advisory Board (NSAB). Chaired by the cabinet secretary, members of the SPG are the three Service Chiefs, key bureaucrats and intelligence heads. Even with this arrangement, there is no single-point-of-advice on military issues to the PM, as a Chief of Defence Staff (CDS) would be able to do. Several past attempts to induce successive governments to create the post of CDS have not succeeded. Under the NSA are three deputy NSAs, a Lt. Gen. for military advice along with two others for external affairs and intelligence.

The letter co-authored by Lt. Gens. Vijay Oberoi and R.K. Gaur and Maj. Gen. S.G. Vombatkere (all retired) comes in the wake of a recent notification reorganising the SPG, makes the NSA, so far part of the NSC, chairman of SPG and the cabinet secretary, a member. The Indian Administrative Service (IAS) cannot possibly be happy about such a change because the NSA, Mr Ajit Doval, is a former Indian Police Service officer, whereas the cabinet secretary is a serving IAS officer.

Several military veterans opine that lack of a CDS actually compromises national security, as the cabinet secretary cannot provide realistic advice on military issues to the PM, especially in a situation of threat or attack on our borders, that too with two fronts because of two adversaries, calling for a very rapid joint operations response. The present arrangement of the three Service Chiefs being chairman of the Chiefs of Staff Committee does not really serve the purpose of single-point advice concerning joint operations.

Excerpts of the letter are, “We the undersigned are military veterans who each have many years of experience in the defence of our nation.

We are bringing a matter of the most serious gravity concerning our nation’s higher defence management for your consideration…. Strategic thinktanks and experts hold that military operations in coming years would be short and intense, and that the aggressor could gain an initial advantage. There is also the distinct possibility of our having to conduct war on two fronts, due to the nexus between our adversaries. In these circumstances, the speed and strength of our military response in defence or strike would be vital. This would depend upon the appropriate deployment, coordination and proportionate launch of our Army, Naval, Air and cyber forces in the theatres under attack or threat.

India’s military response therefore will have to be as a joint military operation of our three defence services (Army, Navy and Air Force). Further, credible capability of such jointness would serve as a deterrent to neighbours from undertaking any military adventures.

Effective joint operations necessitate unified military command by a military officer superior in rank to the three service chiefs, designated as, say, Chief of the Defence Staff (CDS). The CDS would also serve to render valid single-point military advice to the National Security Council (NSC) as National Security Advisor (External Security), and the existing NSA would be NSA (Internal Security). At present, there being no CDS, the chairman and members of the NSC cannot receive single-point advice on military and external security matters, which is so necessary for rapid and valid decision-making at the national level, vital especially for short and intense armed conflicts.

We therefore respectfully request your most serious and urgent consideration of the foregoing and earnestly urge you to establish the post of CDS, to be tenured by a military officer who will also serve in the NSC as NSA (External Security).”

India’s first Prime Minister Jawaharlal Nehru and third defence minister V.K. Krishna Menon not only left no stone unturned in sowing weeds in civil-military relations, but were also utterly disastrous for India’s security. Till date the nation is paying dearly on both counts. In the 1947-48 Indo-Pak war neither the Navy, nor the Air Force was used. As for India’s responses to before and during the Chinese aggression of 1962, the less said the better. Both Nehru and Menon refused to accept that there was a definite threat building up, for which the Indian Army was woefully understrength, underarmed and underclad. The fighting element of the Air Force, which could have been a lifesaver and war-stopper, was not used. For the 1965 war, although the Indian Army at long last got a new assault rifle, India’s decision makers continued to be sea-blind; the Naval Chief was out of the planning loop and visited the battle areas only as an observer.

Excerpts from late Lt. Gen. S.K. Sinha, former vice chief of Army staff and governor of Assam and Jammu & Kashmir, in his paper titled “The Chief of Defence Staff”, written in 2007, said that, “...there were three main reasons for our (1962) debacle in the Himalayas. First, a total mismatch between Indian foreign and defence policies. Second, was the loss of élan amongst the officer corps in the Indian Army. Third, was an irrational higher defence organisation in which the Defence Services were increasingly isolated from the process of decision-making in defence matters...What followed is a very painful chapter of our history… after the Kargil War a Task Force under Arun Singh, a former minister of state in the defence ministry, was set up to examine India’s higher defence organisation. I was the governor of Assam at that time. Arun Singh asked me for my views on the subject. In my written submission to the Task Force, I suggested the appointment of a CDS and for integration of Services Headquarters (SHQ) with the MoD.

While the recommendations of the Task Force on the Management of Defence were accepted by the Group of Ministers, its implementation has been tardy… the old arrangement of the civilian bureaucracy exercising authority without expertise or responsibility has continued. Even the suggestion that civil servants in ministry of defence should be from the Indian Foreign Service rather than Indian Administrative Service has not been accepted. Defence policy and foreign policy being two sides of the same coin, an officer from the IFS is far better suited to serve in the ministry of defence than an IAS officer. I have been of the view that it will be as illogical to have an IFS officer serving as home secretary as it is to have an IAS officer serving as defence secretary.

In so far as CDS was concerned, a similar attempt has been made to derail the recommendation of the Task Force, accepted by the Group of Ministers and approved by the Cabinet. A large headless Integrated Defence Staff (IDS) has been provided which serves little purpose. Without a CDS, the required professional co-ordination and unified approach is lacking.

It is worthwhile to examine the arguments used by many, for not having a Chief of Defence Staff in India. Before doing so, it is necessary to take note of the considerations that have been militating against the introduction of this appointment. First, is the political leadership’s fear, of the man on horseback. It is apprehended that the defence services will become too powerful and subvert civilian control over to the military, a military coup will occur. Second, the opposition of the civilian bureaucracy to any arrangement in which their dominance and stranglehold over the higher defence setup is diminished. Third, the feeling among the smaller services, particularly the Air Force, of Army dominance in defence policy formulation. Some fear that a CDS may lead to a situation like the one that prevailed before 1947, when the Army was the dominant service. Fourth, are the inhibitions of serving Service Chiefs that their position would get undermined if the CDS were to be appointed. In a light hearted vein, it
is often said that serving Service Chiefs are not enthusiastic about having a CDS but as their retirement approaches, they get converted to the idea of this appointment.”

While former defence minister Manohar Parikkar had stated that he would soon appoint a CDS, former Naval Chief Admiral Arun Prakash was quoted in a book “Core concerns in indian defence and the imperatives for reforms” by Vinod Misra, published in 2016 by IDSA and Pentagon Press, “while the military seethes with dissatisfaction at perceived imbalances, the political establishment and civilian bureaucracy are quite content with the way things are, and remain staunch upholders of status quo.”

On the very often debated and so far dismissed matter of instituting the post of the CDS, it remains to be seen what the outcomes of the notification and this letter will be.