India   All India  07 Jan 2018  No bar in condoling killing of local militants in Kashmir: PDP spokesperson
India, All India

No bar in condoling killing of local militants in Kashmir: PDP spokesperson

The PDP party had a policy of visiting the families of local militants who were killed in counter-insurgency operations by security forces. 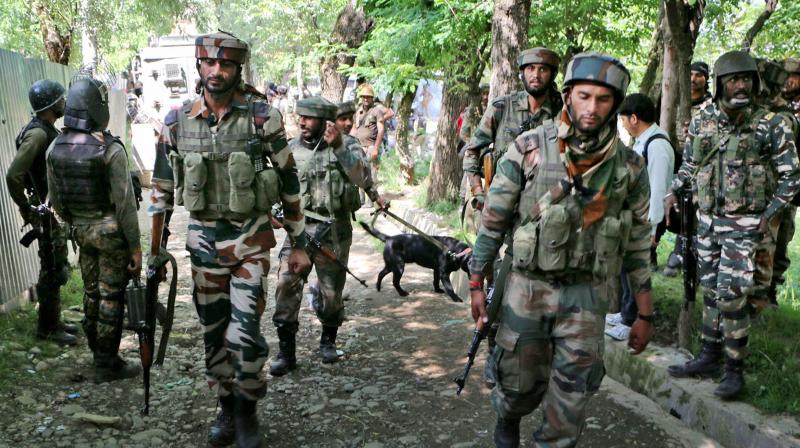 The PDP chief spokesman said that whether a policeman gets killed or a local militant, 'it is very unfortunate and we condemn it'. (Photo: PTI)

Srinagar: A senior leader of the ruling PDP on Sunday stoked a controversy by saying there was "no bar" in condoling the killing of local militants in Kashmir.

"Whether it is a CRPF man... or a local militant, there is no bar on offering condolences. However, it depends on the security situation, sometimes we can go and sometimes not," PDP chief spokesperson, Rafi Ahmad Mir, told reporters in Srinagar.

Even before coming to power, the party had a policy of visiting the families of local militants who were killed in counter-insurgency operations by security forces, he said.

"The PDP had a policy. Whenever a militant was killed, I used to visit (the family) to offer condolences, and at that time the PDP president would also visit," Mir said, adding that "whoever becomes a martyr is before God and I think we should not talk about that".

Referring to Saturday's IED blast in Sopore in which four police personnel were killed, the PDP chief spokesman said that whether a policeman gets killed or a local militant, "it is very unfortunate and we condemn it".

"It was a heart-wrenching incident. We were hopeful and thinking that the situation was getting better, but got this shock. It is very unfortunate. They were our own sons," he said.

"Whoever gets killed, be it (from) the police force or militants, it is very unfortunate and we condemn it. We hope this does not recur," Mir said.

The PDP had to shelve its election agenda to form government with the BJP, "otherwise, the state would have incurred losses as it needed Delhi's assistance in running the government in the state", he said.

"Unfortunately, what happened is that we had to shelve our election agenda. We won around 28 seats. In Jammu, the BJP got the highest share of probably 26 seats.

"We needed the assistance of Delhi here. We took a decision, a very harsh decision, a bitter decision (of forming government in an alliance with BJP)," Mir said.

There was resentment in our voters also. There is no doubt about it, the chief spokesperson said.