NIA also claimed that Ali was trained at a Lashkar camp in PoK to carry out various activities. 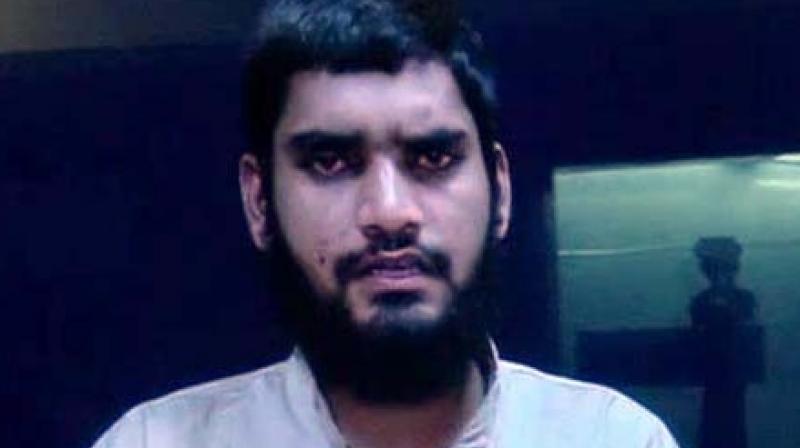 New Delhi: The National Investigation Agency has chargesheeted a Pakistani national and Lashkar-e-Tayyaba militant Bahadur Ali who was caught by security forces in July last year from the Kashmir Valley.

According to the chargesheet filed on Friday, Bahadur Ali was planning to carry out terror attacks at different places in the country, including Delhi.

The NIA chargesheet also claims that the recent unrest in the Kashmir Valley following the killing of Hizbul Mujahideen commander Burhan Wani by security forces was orchestrated by the LeT, which operates from Pakistan Occupied Kashmir (PoK).

The chargesheet has been filed against Bahadur Ali under different sections of the IPC, Unlawful Activities Prevention Act, Explosives Act, Explosive Substance Act, Arms Act, Foreigners Act and the Indian Wireless Telegraphy Act. Ali has been in judicial custody since August last year.

Investigations by NIA revealed that Lashkar, with assistance from Pakistani security forces deployed along the border, had pushed heavily-armed militants across the border with the sole purpose of creating trouble and attacking police and security personnel.

The NIA chargesheet also mentions how some Lashkar militant had mixed with the agitating crowds in order to target security personnel with stones and even grenades.

In its chargesheet, NIA has also stated that Ali along and his associates had planned multiple terror attacks to “destabilise the security and sovereignty of India”.

The pocket diary recovered from Ali, among other things, contains the names of several towns in Jammu and Kashmir besides Delhi, the chargesheet claims.

“It is clear that Bahadur Ali is a trained Lashkar operative and recovery of a diary from him with names of these cities is a clear indication that he was directed to conduct terror strikes in several cities, including Delhi,” an NIA official said.

Investigation conducted by the NIA revealed that the LeT has set up a well-organised machinery for the recruitment of vulnerable youth from different provinces of Pakistan, as part of a conspiracy to wage war against India. Ali, a class 4 dropout, hails from Jahama village of Raiwind in Lahore.

He was arrested from village Yahama in Mawar area of Qalamabad, Handwara, in North Kashmir on July 25.

The Army claimed to have recovered three AK-47 rifles, two pistols and Rs 23,000 in Indian currency from his possession.

NIA also claimed that Ali was trained at a Lashkar camp in PoK to carry out various activities, including map reading and operating GPS devices. He had infiltrated into India along with two other associates, Abu Saad and Abu Darda.

Ali reportedly disclosed during custodial interrogation that he had concealed arms, ammunition and other articles near a big tree in the forest near village Yahama. On his disclosure and identification of the spot, several articles were recovered and seized. These included an AK-47 rifle, five AK-47 magazines loaded with ammunition (30 rounds each), a grenade launcher, five live shells, two live hand grenades, an  ICOM wireless set, magazine pouch and a bag containing medicine and other items of daily use. Several of these items were labelled ‘Made in Pakistan’, officials had said.