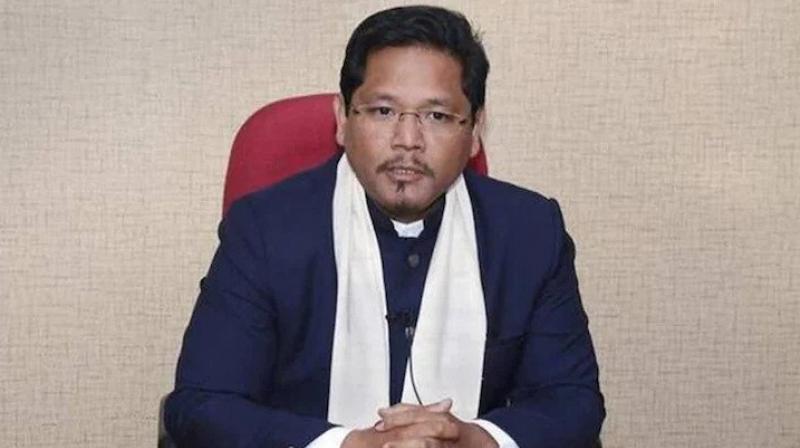 Shillong: Meghalaya Chief Minister Conrad K Sangma on Monday said that the Armed Forces (Special Power) Act, 1958 should be repealed as he joined the growing chorus for withdrawal of the law amid the civilian killings in Nagaland.

Civil society groups, rights activists and political leaders of the Northeast region have been demanding the withdrawal of the "draconian" law for years, alleging excesses by security forces with impunity under the cover of the Act.

AFSPA confers special powers on the armed forces in areas deemed as disturbed.

"AFSPA should be repealed," tweeted Sangma, whose NPP is an ally of the BJP.

The state Congress also supported the chief minister, urging him to convene a meeting for consultation over the issue.

"We must go all out to demand immediate repeal of this draconian oppression on our people. Kindly convene a consultation at the earliest," Congress MLA Ampareen Lyngdoh tweeted in reply to Sangma.

The AFSPA is in force in Assam, Nagaland, Manipur (excluding Imphal Municipal Council area), Arunachal Pradesh's Changlang, Longding, Tirap districts and areas falling within the of eight police stations at the Assam border.

The Hynniewtrep Youth Council (HYC) also demanded that the AFSPA be withdrawn for building a peaceful Northeast.

"We call upon the Government of India to rein in their Armed Forces if they really wish the peace to prevail in the Region as incidents like these will only bring instability, which is not a good sign for the region as a whole," HYC general secretary Roykupar Synrem said.

"Steps should be taken towards building a peaceful North-East and the correct and necessary steps towards achieving full peace is to withdraw or Repeal the AFSPA from the Region completely as well as deployment or stationing Armed Forces to the bare minimum," he said.

Voicing concern, the Khasi Students Union (KSU) said the government should formulate laws to safeguard the rights of the indigenous people.

"The Government of India should immediately revoke the monstrous AFSPA and instead formulate laws to safeguard and protect the rights and existence of the indigenous inhabitants of NE India," it said in a statement.

KSU president Lambok Marngar said the government should take stringent and harsh action against the "erring and bloodthirsty" personnel involved in the civilian killings in Nagaland's Mon district.

At least 14 civilians and a soldier were killed in a botched anti-insurgency operation and retaliatory violence over the weekend in Mon district of Nagaland, as per police.