UP, Delhi police should take inspiration from Hyd police: Mayawati on encounter

'Crimes against women are on the rise in Uttar Pradesh, but the state government is sleeping,' Mayawati added. 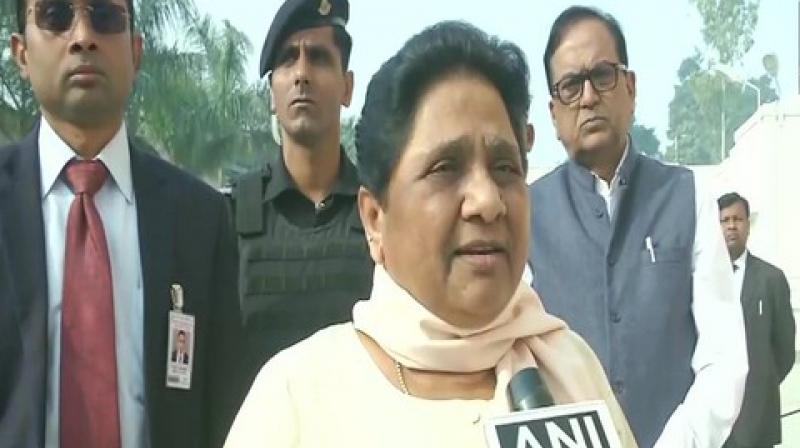 She also slammed the Yogi Adityanath government in UP for not doing enough for the safety of the women. (Photo: ANI)

Lucknow: Bahujan Samaj Party (BSP) chief and former Uttar Pradesh chief minister Mayawati on Friday commended Telangana Police for its encounter killing of the four accused in the rape of veterinarian and said police in Uttar Pradesh and Delhi police could take inspiration.

She also slammed the Yogi Adityanath government in UP for not doing enough for the safety of the women.

Speaking to ANI in Lucknow, Mayawati said: "Police in Uttar Pradesh and also in Delhi should take inspiration from Hyderabad Police, but unfortunately here criminals are treated like state guests, there is jungle raj in Uttar Pradesh right now. Hope the attitude changes for the better."

"Crimes against women are on the rise in Uttar Pradesh, but the state government is sleeping," she added.

Early on Friday morning, all the four accused in the rape and murder of a woman veterinarian were shot dead by Telangana police after they allegedly attempted to flee when they were being taken to the spot where the charred body of the doctor was found.

The four accused were arrested and were in judicial custody and lodged in high-security cells at Cherlapally Central Jail in Hyderabad.

Police said that the veterinarian was brutally raped and killed by the accused, who burnt her body in Shamshabad area on November 27. Her charred body was recovered on November 28.