CRPF has constituted a 6-member committee of officers to prepare a blueprint if a threshold cut-off age can be fixed. 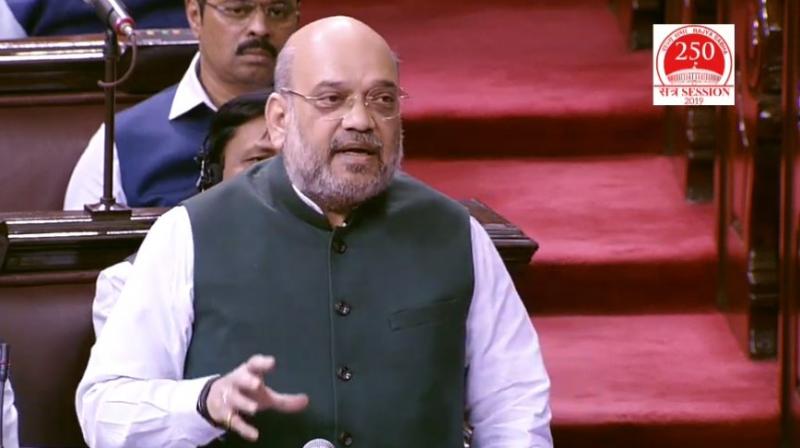 Shah recently conducted a review of the force at its headquarters here after which he directed that the lead internal security force of the country should devise a mechanism that enables it to keep its fighting blood fresh and lethal at all times. (Photo: File | ANI)

New Delhi: The over 3.25-lakh personnel strong CRPF, country's largest paramilitary force, is working on a proposal mooted by Union Home Minister Amit Shah to keep its combat profile 'young and fit' for operations in the anti-Naxal and counter-insurgency domain, officials said on Friday.

Shah recently conducted a review of the force at its headquarters here after which he directed that the lead internal security force of the country should devise a mechanism that enables it to keep its fighting blood fresh and lethal at all times.

As per an order accessed by PTI, the CRPF has constituted a six-member committee of officers to prepare a blueprint if a threshold cut-off age can be fixed after which personnel can be shifted to 'relatively static duties' within the organisation or such personnel can be given less-hard duties.

The committee headed by a Special Director General (SDG) rank officer of the force will also deliberate if such personnel can be 'absorbed' in other Central Armed Police Forces (CAPFs) like the border guarding SSB or the airports security force CISF to ensure better 'rest and recuperation' for them.

The committee, officials said, has been asked to submit its 'specific' recommendations by December 15.

"The idea is to keep the Central Reserve Police Force fighting fit as it is mandated to render some of the toughest internal security tasks in the country like combating Maoists, tackling terrorism in Jammu-Kashmir and insurgency in the north eastern states.

"Recently, the government has entrusted the force with VVIP security duties of some very high-risk personalities. Hence, such an exercise, once implemented, will ensure that the force is combat ready at all the times without taking much wear and tear," the official told PTI.

The committee, as per its terms of reference, will see if an age threshold of 35 years can be kept so that personnel who cross this limit can be sent for duties in the medical, transport and other administrative wings that do not require much sweating on the ground.

The panel has also been asked to dip into all available data of manpower and resources, including that of other CAPFs, before making the final recommendations.

The CRPF, which has over 95 per cent of its strength on active field duty at any given point of time, has been taking the maximum casualties, injuries and diseases as compared to all other CAPFs.

The force was raised in 1939 as the Crown Representatives Police under the British and was renamed the CRPF in 1949.